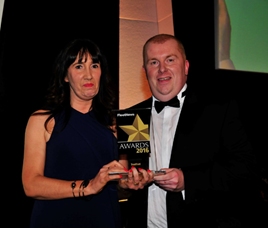 The results are in from last night’s Fleet News Awards.

TrustFord won the Fleet Dealer of the Year trophy.

“With a new fleet director at the helm, TrustFord has rebuilt its fleet business, resulting in a significant uplift in sales and the addition of household names to its customer portfolio. It has listened and responded to customers’ needs and is committed to managing vehicle downtime with twilight, night and weekend servicing, as well as mobile servicing units. TrustFord lives up to its promise of “getting things done.”

A trophy for highly commended in the category was presented to Swansway Group, which recently scooped AM’s Best Fleet Dealer award.

The Green Fleet Manufacturer of the Year was won by Toyota, with Peugeot highly commended.

BMW UK won Fleet Manufacturer of the Year and its 3 Series won New Company Car of the Year, both of which were voted for by Fleet News' readers.

Fleet News is a sister title of AM.