Marshall Motor Group’s chief executive Daksh Gupta has given an upbeat appraisal of the new car market this year, as the company this morning reports record results for 2015.

And Gupta (pictured) believes the group is benefiting from the strong market and will continue to prosper despite warnings of a slowdown in new car sales, avoiding the challenges that dog competitors.

This morning he said: “Most groups are reporting record results, but they are having to sell a lot more product to achieve this. Margins and return on sale are under pressure.

“ASE has recently reported that average franchised dealer RoS has gone backwards from 1.4% to 1.22% in the sector year-on-year in January. Margin and profitability has been eroded. 2014 was actually a better year.

“But our numbers were very strong.”

Record figures for the group, saw:

Gupta said the ‘Marshall difference’ was down to the development of its people, the use and development of technology and changes to the group’s franchise portfolio.

For example, trialled in 2014, and rolled out to 70% of the network last year has been more than 400 iPad tablets for use by sales executives in Marshall showrooms.

“They eliminate the requirement for paper, which everyone hates, they mean staffs aren’t kept apart from customers by desks and speeds up the sales process as they are equipped with customer and VRM look-up. And they ensure a robust FCA-approved financial product sales process,” he said.

As a result Marshall’s enquiry capture rate had gone up dramatically. “We’re not seeing more people, but we are recording enquiries significantly better.”

Marshall’s internal process and performance measurement system Phoenix has also been improved. It now provides calls to action: it will prompt a user of an over-age stock car that “needs attention”.

The group will also launch a new, fully optimised website this month, allowing for up to 100 pictures per vehicle with videos

Its improvement in aftersales performance was down, again in many cases to operational changes at dealership level: workshop loading, technician numbers, service plan revenue and increased capacity at some sites.

The Marshall’s results cite the positive influence of PCP on new and used car business – and Gupta believes it should continue throughout 2016.

“There’s a lot of nervousness around the strength of the market.

“I was amongst those that believed that if we keep selling new cars at current volumes, there will be a used car problem in three years.

“We’re seeing the new car market getting stronger from 2008 and I believe, despite SMMT predictions it will be flat, it will grow this year.

"This is because manufacturers have got a better grasp than I’ve seen in the 25 years I’ve been in the industry of the recycling of vehicles in the market, back into the franchised network, particularly fleet vehicles. Manufacturers are offering low rate PCPs and service plans on these recycled cars, retaining customers in their networks.”

He said Marshalls’ figures supported this: 71% of new car finance deals done in 2015 were on PCP; 37% were on used cars.

And while the new car market has grown to 1.8m top 2.63m, the used car market is flat. “The franchised sector is winning back business from the independents for the first time in years.” And with cars retained by the franchised sector, for example up to six years, the RV exposure is going to be “minimal”.

In November Marshall bought SG Smith for £24.4m. It gave Marshall an extension with one of its key franchise partners, Audi, as well as strengthening its geographic representation in the UK with sites in Wimbledon, Coulsdon, Bexley, Beckenham and Croydon. 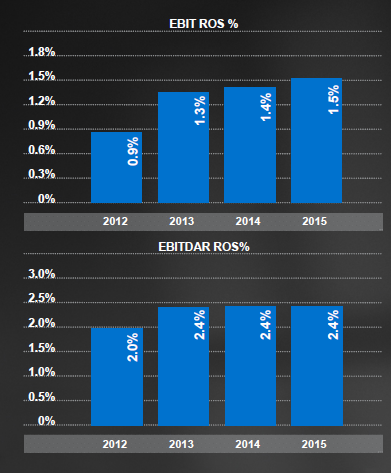 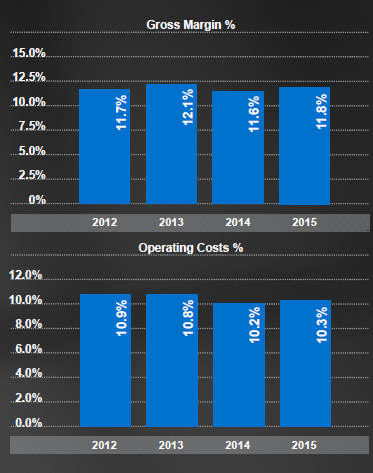 “Trading in the current financial year has started in line with our expectations,” says the annual report. “Based on current market conditions and visibility of the important March plate change month, we continue to have confidence in delivering further material growth in 2016, in line with current expectations.”

In April was listed on the AIM market of the London Stock Exchange, raising £40m.