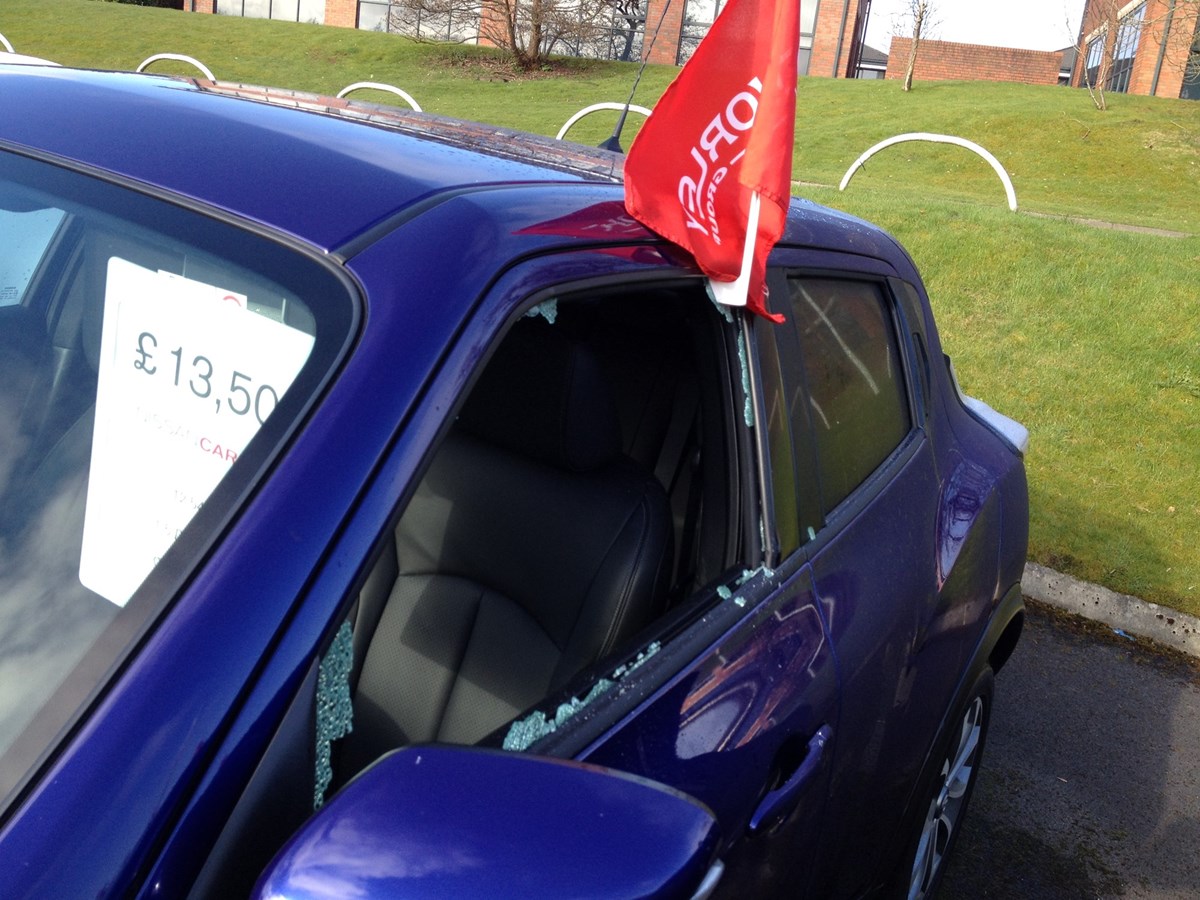 Three Chorley Group Nissan dealerships were attacked in overnight raids in which the windows of 40 vehicles were smashed by satnav-targeting thieves.

Police confirmed that the group’s forecourts in Chorley, Preston and Wigan, suffered “tens of thousands of pounds” worth of damage during the trio of attacks which took place between 7pm on March 30 and 7am on March 31.

A spokesman for Lancashire Police said: “It seems that a number of Nissan Jukes and two or three Qashqai models suffered damage as the SD cards in the vehicles’ satnav units were targeted.

“The incidents in Chorley and Preston seem to have been very similar, with an unknown individual gaining access to the forecourt before carrying out the attacks.

“Officers are currently investigating the incidents and will be reviewing CCTV footage to aid their investigation.”

The attacks at the three Chorley Group dealerships came at an extremely busy time of the year for the retailer, on the day of the group’s quarter-end and just 24 hours before a major used car sales event.

Despite the set-back, Chorley Group managing director Pauline Turner said that it was “business as usual”. Describing the incident as “sickening”, Turner said: “The break in has come as a shock to everyone, but the team have really rallied around to minimize the impact.

“We’ve also got a major used cars sales event taking place this weekend so it’s fair to say the timing could have been better.

“But everyone here is determined to make sure that mindless thugs don't win the day so we are pulling out all of the stops to ensure the sales event goes ahead as planned this weekend. As far as we are concerned it’s business as usual at Chorley Group.”

A search for SD cards – loaded with Nissan Connect mapping – on eBay revealed that prices for the items varied from £40 for older, unpackaged items, to around £100 for unpackaged cards featuring the latest mapping data.