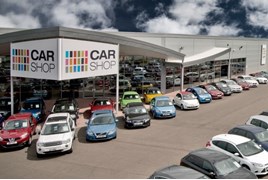 CarShop, one of the UK’s largest car supermarket groups, doubled its pre-tax profits in 2015 as the business continues to grow.

Chief executive Jonathan Dunkley told AM: “Since late 2012 we have been developing and implementing our revised business strategy in order to generate significant profit growth, and to cement our position as a clear market leader.”

Focus has been on four particular areas: investment in data and insight; vehicle acquisition; improved application of digital technologies; and embedding its core values, focused on being the best car retailer in town, into all operations.

Dunkley said CarShop's strong growth trend has continued in to 2016, with unit sales for the first quarter of the year increasing by 25%.

“Our growth outlook for the business remains very positive, and we will be focussed on continuing to grow sales to capacity in our five existing locations.

“We are also well progressed in considering a number of real estate options in order to open new store locations, and intend on opening our next location by early 2017.”

Examples of improvements made under the new strategy include investment in its business intelligence teams so that each site has defined ideal stock requirements and accurate pricing is foremost from the point of stock acquisition to when it is retailed.

It has also 're-engineered' its supply arrangements and contracts with leasing companies in order to gain more control and certainty over the volume and mix supplied, and increased its stock funding facilities to support its growth objectives.