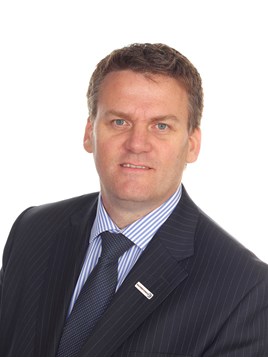 Schools, students and employers need to forge new relationships if dealers are to recruit the high calibre apprentices they need, an automotive engineer turned educationalist will tell delegates at the AM-IMI People Conference.

Neil Patterson (pictured) worked for more than 25 years as an engineer and was chief engineer at McLaren Automotive before taking up his role as principal at Silverstone University Technical College.

UTCs are STEM (science, technology, engineering and maths) schools created to plug the skills gap and to bridge the gulf between education and employment.

“UTCs are all about training young people for the world of work,” said Patterson.

“Our students have extensive employability skills, exactly those employers say are missing.

“Regular sixth forms are focused on university as the ultimate goal with many using the number of students accepted by Oxbridge as a key metric.

“I would rather use how many students I placed in Formula One racing teams and other high profile employers as a benchmark.”

Academic excellence remains paramount and Silverstone UTC’s first batch of sixth formers left last summer with 60% heading off to university, 28% in apprenticeships including taking three of the 10 Red Bull F1 team’s apprenticeship roles and another with the Mercedes-Benz F1 team.

The balance of students opted for other further education routes or employment. However, Patterson expects the future balance to tip in favour of apprenticeships; a trend which he believes should be reflected in all schools.

“It’s something which is necessary for all schools if students are to find the right employment and employers are to recruit the high calibre school leavers they need,” Patterson said.

Patterson urges more schools and employers to come together to put in measures to provide a range of post-18 options.

But he also urged dealers to incorporate higher apprenticeships or level 4, currently just 4% (source: government apprenticeship statistics) of those on offer, with a clearly defined career path such as to master technician and beyond, to attract more youngsters.

He said: “Showing how much an apprentice would be earning once qualified and when they reach more senior positions would be an incentive.

“However, we also need to remember some students do not suit the education system and are much better off in vocational training such as the traditional automotive apprenticeships. Employers need to forge closer relationships with their local schools and offer to provide contextual based learning. Working closely with schools acts as a de-risk factor when appointing apprentices for both the employer and student.”

Now in its third year, the AM/IMI People Conference, hosted in conjunction with the Institute of the Motor Industry (IMI) takes place on June 16 at the Park Plaza, Riverbank in London and precedes the prestigious AM100 Dinner.

Tickets are available to dealers and manufacturers, with a limited number of supplier tickets on sale. To book, please contact Nicola Baxter on 01733 468289, email nicola.baxter@bauermedia.co.uk  or visit www.ampeopleconference.co.uk