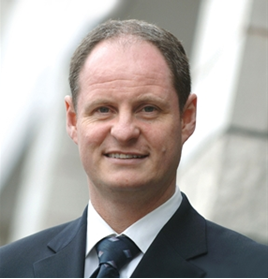 Lookers is looking to grow its representation in Yorkshire as part of its plans to double the size of its business in the county.

“We sell 10,000 new and used cars a year in Yorkshire and we’d like to double that figure. We are looking at big cities. We don’t want to be in small towns.”

He said that the group is underweight in Yorkshire, despite it having a significant population.

“We’re keen on Volkswagen. The emissions scandal has come and gone. VW is putting some really good deals out there.”

“I think the market could hit an all-time high this year. Over the last 15 years the average new car registration was 2.4 million a year. We’ve now got a higher population and GDP has grown. I think it will hit three million over the next few years,” said Mr Bruce.

The causes will include a growing UK population, with increasing disposable incomes and low unemployment.

“80% of our customers take out a cheap finance package. It’s the default way now. People budget monthly for their car. It’s not the same need to own them.”

“People used to talk about cars being a big ticket item, but it costs just £6 a day - it’s the price of a coffee and a sandwich. £6 a day is hard to beat.”