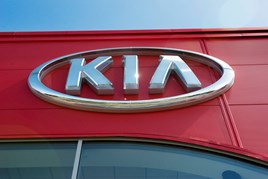 Kia looks set to have an open point in the Shetlands after the Korean brand’s existing franchisee was deemed short of space for the brand’s growing range of vehicles.

A report stated that the retailer will stop selling Kia’s new and used vehicles from the end of this month, bring an end to a 25-year relationship with the brand.

Warranty and servicing work will continue to be offered at the for the foreseeable future, however.

Colin Burgess, whose father started the car business in 1966, told the Shetland News that the decision to end the car dealership had been made with a "heavy heart".

Burgess, who told his 13 employees of the changes last week, added: "We would hope Kia would find somebody else in Shetland to take on the dealership and, if that happens, we would be happy to help them in any way possible."