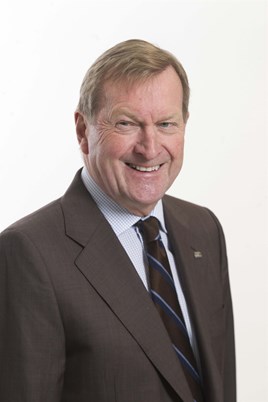 Turnover increased 10% to £667 million from £604m. And 2015 was the 10th consecutive year of growth in service workshops, accident repair centres and parts operations.

New vehicle sales volumes increased by 6% to a record high of 13,691 units.

The group said that whilst market conditions saw pressures on gross margins, increased vehicle stocks and interest costs rises, the group net on sales remained above the UK motor trade average at 1.4%.

Chairman John Clark (pictured) said, “The group’s primary aim in 2015 was to continue to build on the record results of the previous five years and, despite the expected downturn in the North Sea oil industry and the resultant impact on the Grampian region, to maintain positive momentum towards our key strategic objectives.

“We continued to focus on developing and extending the relationships with our existing franchise partners in the North, East and Central Belt of Scotland, as well as to diversify via opportunities which were presented to us by others.

“The group added seven new outlets, with one via acquisition and six through franchise transfers. These opportunities have enhanced our portfolio and provide our customers with a greater product offering across a wider geographical footprint.”

The multi-franchise trade parts division saw improved returns and significant growth was delivered in oils and tyres, as well as via the accident management support programme.

“Turnover in the aftersales areas of the business continued to prosper which is attributed to our continued focus on improving customer satisfaction and retention, as well as attracting new business through various aftersales initiatives.”

This increase is primarily down to new businesses added to the group in the year: it bought the Frank Ogg Land Rover dealership in Elgin and expanded its Nissan business to three dealerships from a single site in Aberdeen - and added the Renault, Dacia and Peugeot franchises to its portfolio.

Chris Clark, managing director, said “Our people are at the heart of our business’ success and as a result we continue to invest heavily in their training and development via our in-house management development programme.

“This commitment, and the continued hard work of my colleagues was recognised in January 2015 when the group was named as Best Retail Group (10+ Sites) and Retailer of the Year by Automotive Management at the annual awards.

“This was followed by further recognition by the publication in January 2016 when we were awarded The Best Training & Development Programme.

“As well as being another successful year, 2015 was also notable due to some of the key projects delivered.

“Most notable was the relocation of Aberdeen Audi to a new state of the art facility on Balmoral Park. 2016 is continuing in a similar vein as we have recently completed a substantial refurbishment at Specialist Cars Volkswagen Aberdeen and we have recently announced a substantial project in Dundee, with the relocation of BMW and Mini and the introduction of Jaguar and Land Rover.

“Looking to the future, we will continue to focus on our strategic objectives of maintaining growth by ensuring we deliver customer experiences that people trust and recommend.

“The key to this is ensuring we invest in our colleagues and our facilities, as these are the most essential elements to achieve success in what is currently an uncertain post-Brexit market.

“With our finances in a good shape it will allow us to not only face up to these uncertain times but to grow through them and pursue further opportunities.” 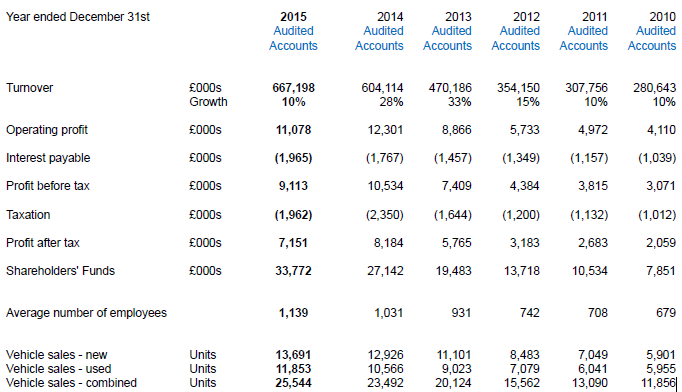