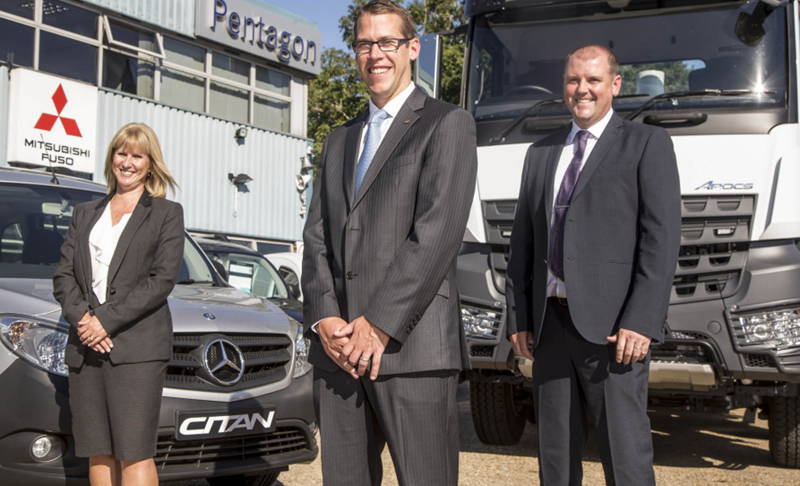 Marshall Motor Holdings took ownership of the centre when it acquired Ridgeway in May.

Chief executive Daksh Gupta has approved plans to develop a bigger, truck-focused dealership on Southampton’s Nursling Industrial Estate, and to open a dedicated, van sales and service centre –with retail showroom – elsewhere in the city.

Pentagon has just won planning permission for its new dealership on the Nursling Industrial Estate in Southampton.

Having outgrown its current premises, the dealer has acquired a two-acre site nearby for expansion.

The proposed development will include a seven-bay workshop with authorised testing facility lane for truck MoTs. Complementary services will include tachograph fitment and calibration, and steam cleaning.

The dealer is also looking to acquire a high-visibility site in the city, on which to develop its new retail van sales and service centre.

In addition to its Southampton operation, the dealer has other branches in Andover and Poole.

Gupta said: “A truck is a business purchase rather than a discretionary one, and requires a high degree of after sales support. This is an area we have identified as offering significant potential for growth at Pentagon.”

MMH was already servicing Mercedes-Benz trucks and Mercedes-Benz vans, following its purchase of the London-based SG Smith Group in 2015.

Pentagon has responded to the manufacturer’s customer dedication commitment by restructuring its aftersales management team too.

Mark Derrick and Angela Soffe have been appointed to the new positions of group aftersales manager for trucks and vans respectively.

Derrick is also responsible for the company’s Fareham and Andover sites, Soffe for Poole and Nursling.