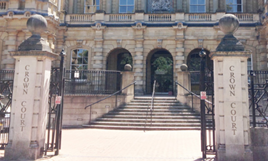 A used car dealer has been described as a “thoroughly dishonest man” as he was jailed for four years at Reading Crown Court on Thursday.

The court heard Butt, while still on probation for previous offences, used the www.gumtree.com website to advertise vehicles for sale.

When customers sent the deposit or full payment, sometimes without even viewing the vehicle, he promised delivery within days.

He often falsified the delivery documents, and when the deliveries failed his customers were met with excuses. Many of them received neither a vehicle nor a refund.

Some customers did receive vehicles, but then when they attempted to return them as faulty, they were promised exchanges and refunds which also never came, or were given cheques which bounced.

Sometimes more expensive vehicles were promised for which Butt took the money for.

As well as the 23 offences, Butt also admitted 13 out of 15 further matters to be taken into consideration.

In passing sentence, the judge, Miss Recorder Campbell, said Butt was a “thoroughly dishonest man, who had learned nothing from his previous sentence but had extracted money from members of the public, agreeing to supply vehicles and getting money in advance then using delaying tactics.”

She said: “While on police bail he had the temerity to continue offending, knowing police were investigating.

“The victims were ordinary people who could not afford to lose the money paid and suffered stress and sleepless nights. There was high culpability and significant planning was involved.”

The conviction came as a result of a joint investigation between Reading Borough Council’s Trading Standards Team and Thames Valley Police.