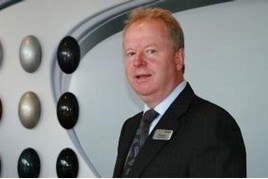 Mitchell Group looked to praise its loyal staff and "market-leading" return on sales after recording a 10.8% rise in its annual turnover to £51.3 million.

The Ellesmere Port-based Skoda, Mazda and Lexus franchise-holder’s group finance director, Julie Oliver, attributed the success of the business to both the strength of our manufacturer partner brands and our own company culture.

She added: “Over 75 per cent of the 103-strong team at our five-acre Cheshire Oaks location have worked with us for over ten years. This compares with an industry average annual attrition rate of over 40 per cent.

“We lost just one person last year, a workshop technician who moved to work for a motor manufacturer."

Oliver said that another area where the group had excelled was in RoS. She said: Our return on sales for 2016 of 5.85% is industry-leading versus the industry average of 1.3%.”

Mitchell Group, which is based near the Cheshire Oaks designer village posted a £3m operating profit in its results.

The group,founded in 1990, did indicate that it had intended to upgrade its Lexus facility on Stanney Mill Lane, Cheshire Oaks, Chester, in 2016, but that the changes had been held up due to delays in a CI update planned for Lexus dealers across the UK.

Oliver said that all three franchises had made a profit during the financial year, however.

Stoneacre reports profit down on improved revenue in latest results

Stoneacre reports profit down on improved revenue in latest results