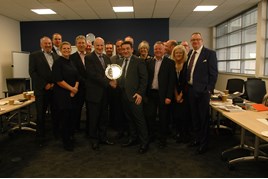 A Croydon dealer has rewarded staff at Subaru and Seat after they stepped up to help in a time of need.

Kinghams of Croydon’s parts manager Jim Goldsmith contracted TB last year. It led to a long period of hospitalisation, including life-saving treatment and, while recovering well he is still not back at work.

While Kinghams’ staff rallied to the challenge of filling in for a key member of staff for the Subaru new car sales operation and Seat service centre (he’d been with the business for more than 20 years), two others demonstrated commitment way beyond what was expected.

Their contribution has been recognised by dealer boss Keith Kingham in his longstanding annual awards to suppliers who have gone ‘above and beyond’ what is expected.

“I doubt whether Adam or Ken had any idea they were being so helpful to us. They probably thought it was business as usual. However, for Kinghams it was important,” Kingham said.

“When we came to decide who our two winners would be for 2016 they were both an obvious choice. And while it’s customary for manufacturers to recognise the efforts of their dealers, we are happy to turn the tables.”

Each was given a ‘support hero’ silver salver by Kinghams.

Moore once drove more than 200 miles to Salibury to pick up an essential part to allow Kinghams to carry out emissions testing on customers’ vehicles, getting up at 5am to get it to Croydon before midday - and then went to work in Milton Keynes.

Glaze has regularly helped Kinghams identify parts for imported Subarus, saving the business the struggle of finding out for itself.

“Although we have won many accolades over the years I have always been aware the team at Kinghams and our business partners are the reason for our success,” Kingham said.

“Each year we choose a couple of people who have had an outstanding impact on our dealership. In the past it has normally been awarded to someone from our suppliers or support sub-contractors.”

Glaze said: “It is nice to know there are people out there who appreciate what you do for them.

“I try my best to all dealers, across all the franchises. To achieve this, makes me fell so proud be part of the IM Group team. I feel as much as I have achieved this, I wouldn’t have done it if we weren’t a team.” 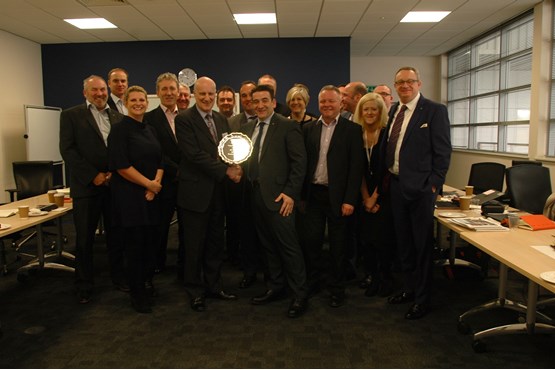 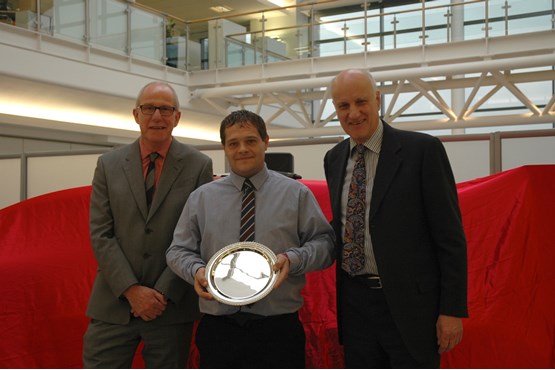