Alex F Noble & Son is this month celebrating an impressive 85 years in business.

The Midlothian-based, family-owned dealer group has now over 100 full time staff, making it one of the biggest employers in the area.

Alex F Noble & Son Nissan’s dealer principal, David Noble, said: “There’s not many firms can celebrate 85 years in business, so we’re obviously proud to have reached this significant milestone in our history.

“We’ve great plans to develop the business even further over the next few years and are looking forward to our 100th anniversary in 2032."

Alex F Noble laid the foundations for his automotive business in August 1932 when he left an engineering job at Parsons Peebles to establish his own business at Milton Bridge near Penicuik.

Alex’s son William joined the business in 1956, and in the late 1970s, his three sons David, Colin and Michael became third-generation employees of the company.

When their father semi-retired in the mid-1980s to concentrate on other business interests, the brothers took over the running of the firm.

The company acquired the Subaru and Isuzu franchises in 1996, based on Penicuik’s Edinburgh Road.

By 2002, the firm relocated to its current three-acre headquarters at Straiton by Loanhead and became Nissan dealers in January 2006.

Last year, it celebrated a ten year Nissan partnership with a new look at its Straiton premises.

Carrying on the family heritage is a fourth-generation Noble, Colin Noble Jnr, who is currently employed as a technician at the Straiton dealership. 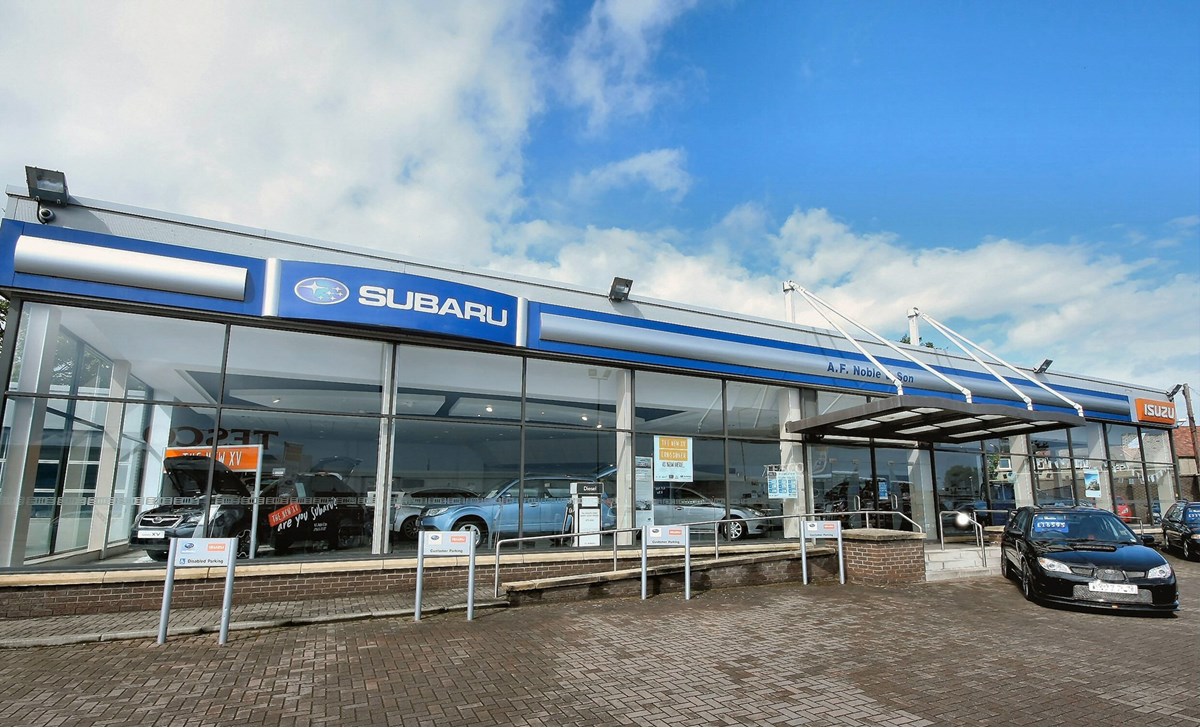