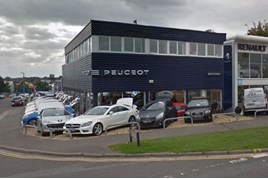 Seven vehicles were stolen and a number vandalised during a raid on Westover Group’s Poole Peugeot facility.

Police were called to the Wallisdown Road showroom shortly after 7.25am on Friday and found evidence of vandalism within the facility.

“The police are currently present investigating the disturbance and assessing the extent of the damage.

“All Westover showrooms and workshops in Wallisdown Road remain open as usual.”

The force has yet to confirm the make and model of the vehicles stolen in the raid.

He said: “We would like to offer sincere apologies to any customers affected by this temporary disruption.

“Our teams are doing everything possible to help the police with their investigations, while also taking all possible steps to maintain normal service levels.”