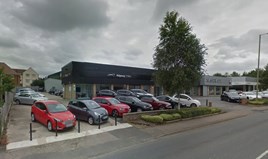 Marshall Motor Holdings is closing five franchised dealerships and a used car centre after a review of the business.

The decision has put 60 jobs at risk, however Daksh Gupta, chief executive, told AM that the group will work hard to redeploy as many as possible of those who wish to be redeployed.

Gupta outlined how all the businesses affected have other Marshall dealerships in relatively close proximity, and experienced technicians particularly are in short supply.

The closures include Citroen Cambridge, its last representation point for the French brand, plus Honda Mountsorrel, Nissan Boston and Vauxhall Welwyn Garden City.

The latter three were described by Marshall as being in "relatively small markets and within close proximity of other existing group dealerships of the same franchise."

The fifth franchised dealership is Maserati Oxford, which Marshall said shares a "subscale site" which has a high fixed cost base along with a used car centre, and the group said this is not sustainable in the longer term.

"What we've done is taken a proactive and decisive step to underpin the profitability of the group, to try to maximise the returns for shareholders, and to try to redeploy as many people as want to be redeployed," he told AM.

Those businesses have an average turnover of £6-7 million, compared to Marshall's overall average of £22-23m, he said.

Marshall said the proposed closures are being effected with the full support and approval of the group's brand partners. The group will be retaining Citroen authorised repairer status in Cambridge.

Closure costs are expected to be approximately £6m which includes £2m of non-cash items including asset and goodwill impairments.

The cash closure costs will in due course be partly offset by the disposal of a surplus freehold property (Nissan Boston) and the realisation of working capital / disposal of stock held in the dealerships.

Gupta said: "These proposed closures are in line with the group's stated strategy of driving class leading returns and will support our 2018 financial aspirations. This decisive action reflects the board's focus on tight financial discipline whilst investing in and supporting our businesses.

"Over coming weeks we will be engaging with colleagues in these businesses and will be seeking to mitigate the impact where possible."

Although it is exiting Citroen, Marshall still represents PSA Group at three Peugeot dealerships and Gupta said it is actually keen to expand with that brand.

Gupta said all Marshall's manufacturer partners have been supportive since the new car market toughened, such as by helping with standards and reducing targets, and he was thankful for their support.