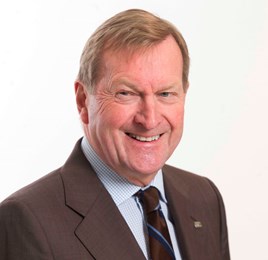 John Clark Motor Group has acquired Morrisons Garages Limited and Morrisons Land Rover Limited in Stirling in what was described as “a hugely positive step” for the group.

The business includes Land Rover, Jaguar and Seat franchises and added an additional 80 colleagues to the John Clark group’s current 1,264 team members with the completion of the acquisition on November 24.

John Clark Motor Group chairman, John Clark, and managing director Chris Clark said that they were delighted that a member for the Morrison family which had owned and ran its new business would remain involved with the operation.

The group said in a statement that Morrison will continue to work at an “operational and strategic level” within the businesses, which will retain the Morrison name, ensuring that the business retains his many years of “experience and knowledge” with while helping to integrate some of the JCMG strategy, values and processes.

John Clark said: “This is a hugely positive step for the group as we continue to build on our premium portfolio and further cement our presence in the Central Belt of Scotland.

“Acquiring the Morrisons businesses will help to strengthen our position as one of the leading automotive businesses in Scotland and fits perfectly with our longer-term strategy.

“Working alongside Andrew will also be a great benefit for the group as his previous knowledge of the company, the team and its customers will help to ensure that this transition is as seamless as possible.”

Andrew Morrison said: “I am looking forward to working with the team at John Clark Motor Group and believe the cultural fit of the two businesses being family run will be a benefit to us all.”

David Kendrick, automotive partner at UHY Hacker Young, who advised the shareholders of Morrison’s, said: “We have seen a significant amount of change within the JLR network over the past five years and the Morrison’s business remained one of the only privately-owned sites.

“With the increased investment requirements and number of large groups north of the border it makes strategic sense for the shareholders to exit, giving John Clark Motor Group another fantastic business to add to their portfolio.”

With the addition of Morrisons of Stirling, the company now represents 13 brands across 33 sites as well as operating two used car stores, Motorchoice, in Edinburgh and Aberdeen.

The deal was supported by Burness Paull, Empire HR, Grant Thornton UK LLP and Bank of Scotland for JCMG and Morrisons of Stirling were supported by UHY Hacker Young.

Graeme Keen, relationship director, Bank of Scotland Commercial Banking, said: “Bank of Scotland is committed to helping Britain prosper through supporting firms like John Clark Motor Group and we’re pleased to have funded this latest acquisition and support the next phase of growth at the firm.”