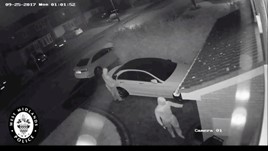 Thatcham Research has revealed which cars do not offer adequate protection against theft from keyless entry manipulation.

New ratings were introduced by the organisation following a significant rise in the number of cars stolen using a ‘relay attack’, whereby thieves use electronic devices to boost the signal emitted from keyfobs in order to steal a car.

Six of the 11 vehicles launched this year have been given a ‘Poor’ rating, as their keyless entry/start system has no security measures to prevent theft in this way.

Richard Billyeald, chief technical officer at Thatcham Research, said: “This initiative focuses on addressing keyless entry/start vulnerability. We’ve seen too many examples of cars being stolen in seconds from driveways. Now, any vehicle that is assessed against the new Thatcham Research Security Rating, and has a vulnerable keyless entry/start system, will automatically not achieve the best rating.

“Security has come a long way since vehicle crime peaked in the early 1990s. But the layers of security added over the years count for nothing when they can be circumvented instantly by criminals using digital devices. The shame is that most of the cars rated ‘Poor’ would have achieved at least a ‘Good’ rating had their keyless entry/start systems not been susceptible to the Relay Attack.”

The rating is designed to reflect current theft trends, with the new release including the latest digital exploitations, whilst maintaining the existing mechanical aspects.

The latest Audi e-tron, Jaguar XE, Land Rover Evoque and Mercedes B-Class were all awarded ‘superior’ as these models feature more secure wireless technology or key fobs that go to sleep when idle.

The Suzuki Jimny was rated ‘unacceptable’, although this model does not offer keyless entry.