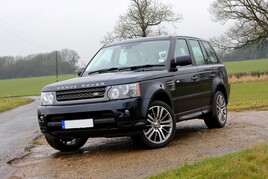 A used car dealer faced threats from the driver during an accompanied test drive before an accomplice dragged him out of the car.

The owner of Morris Car Sales in Spondon, Derby, was threatened with being stabbed after the male driver stopped the Range Rover beside an accomplice stood at the side of the road and told the dealer "get out and give me the key", Derby Crown Court was told this month.

The driver, John Nevin, added "I will shank you" before his accomplice then dragged the dealer out of the car. The Range Rover has never been recovered, the court was told.

Jailing him for two and a half years, Judge Shaun Smith QC said: "Somebody who made that threat and who behaved in the way you did must have had an effect on a man whose business is to take people out in cars on test drives," reports the Derby Telegraph.

Nevin had earlier that day, May 6, asked to test drive a BMW at Target Cars also in Spondon, and once the sales executive had removed the car from its parking space 25-year-old Nevin jumped in and sped off, colliding with a motorcyclist.

In mitigation, the court was told Nevin had grown up in care and had turned to drugs and alcohol.