The point-of-sale consumer used car finance market grew 12% by value and 9% by volume in October, compared with the same month last year, according to The Finance and Leasing Association.

The POS consumer new car finance market also reported new business up 8% by value and 1% by volume in October, the FLA said in its most recent market report, as POS transactions in the used market secured £1.18 billion funding for 107,449 car purchases in October.

A total of £1.35 billion of finance was secured for new cars by customers visiting dealerships as POS transactions funded a total of 76,440 (up 1% on October 2015) during October.

Geraldine Kilkelly, head of research and chief economist at the FLA, said: “The performance of the POS consumer car finance market in recent months has been very much in line with industry expectations of broadly stable new business volumes in the new car sector, and single-digit growth in the used car sector.” 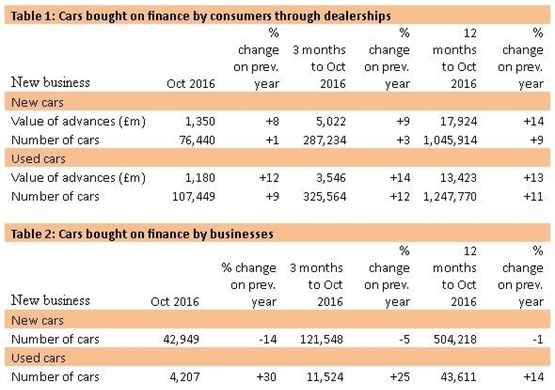