New business in the point of sale (POS) consumer car finance market grew 12% by value and 8% by volume in 2016.

New business was up 3% by value and down 3% by volume in December, compared with the same month in 2015, figures released today by the Finance & Leasing Association (FLA) show. 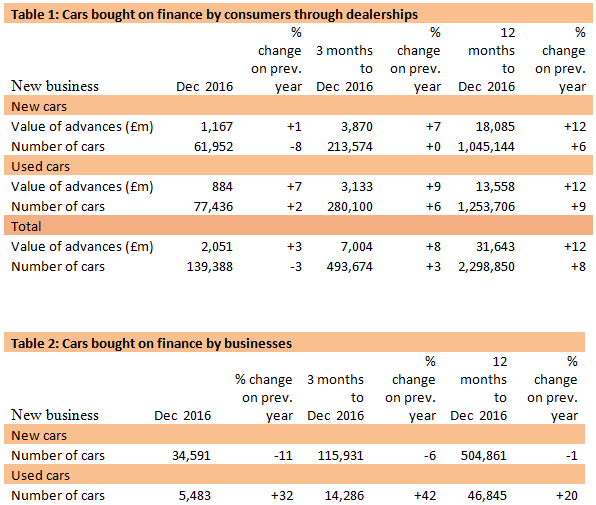