New business in the point of sale (POS) consumer new car finance market grew 13% by value and 5% by volume in March, compared with the same month in 2016.

In the first quarter of 2017, new business was up 10% by value and 3% by volume, compared with the same quarter in 2016, figures released today by the Finance & Leasing Association (FLA) show.

The percentage of private new car sales financed by FLA members through the POS was 86.5% in the 12 months to March, unchanged compared with the same period to February.

Geraldine Kilkelly, head of research and chief economist at the FLA, said: “The first quarter of 2017 saw consumer car finance new business volumes increase in line with the industry’s expectations of single-digit growth for the year overall.

“The percentage of private new car sales financed by FLA members has remained steady at 86.5% since the beginning of 2017.” 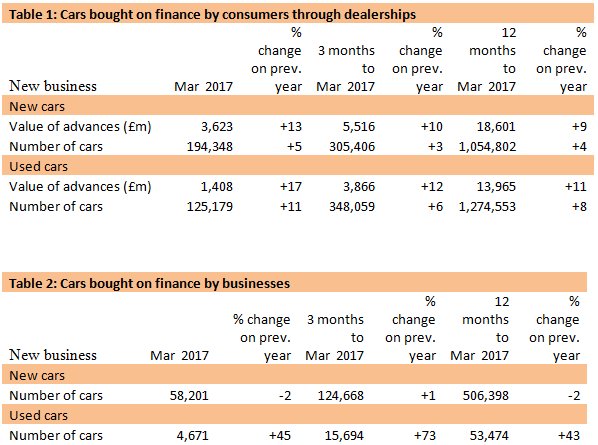