The point of sale (POS) consumer car finance market increased 7% by volume and 13% by value in January, according to the Finance and Leasing Association (FLA).

New business volumes in the POS consumer new car finance market fell by 4% compared with January 2017, while the value of new business increased by 4% over the same period.

Used car finance continued to show signs of significant growth, meanwhile, with data related to the POS consumer used car finance market showing that new business in January was up 13% by volume and 20% by value, compared with the same month in 2017.

Geraldine Kilkelly, head of research and chief economist at the FLA, said: “New business trends in the POS consumer car finance market continued in a similar vein to 2017.

“In the twelve months to January, overall new business volumes in this market held steady at almost 2.4 million.”

Below is the FLA's published data on January's POS car finance performance: 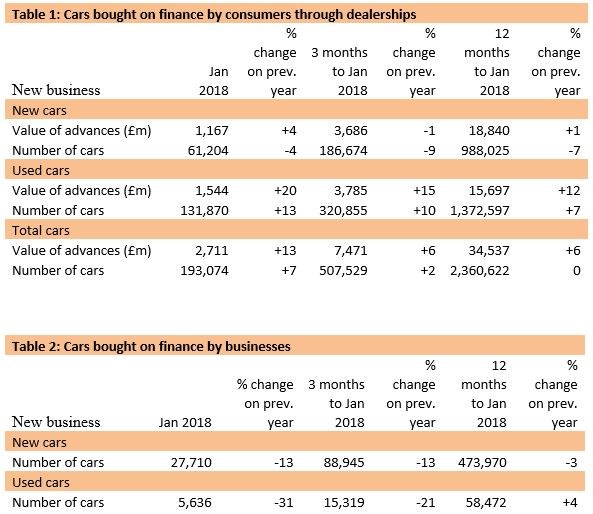