Graham Gooch: ‘To be a true captain you’ve got to want it and not just for money’ 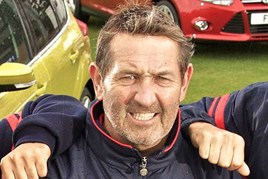 You don’t need to be liked to lead, but you do need to be respected, former England cricket captain Graham Gooch told the most recent meeting of the AM Executive Breakfast Club.

In business, as in sport, if your people don’t respect you, they will never take you seriously. Gooch said you need to differentiate clearly to gain that respect. If your team goes on a night out, for example, the leader needs to know when to pull it back and leave.

“Earn respect by your actions and what you do. Never ask any member of staff to do something you wouldn’t be prepared to do yourself.

“You must go in and do those jobs, then work up, you’ll be in a better position with them because you’ll have been in their position.

“You’ll always get an energy-sapper somewhere in your team. Phil Tufnell, for example, is the laziest player I’ve ever played with, but he can perform, and perform brilliantly he does, but doesn’t perform to the team plan.”

“The key is to work hard when you’re playing well until the bad patch comes, and it will come. It’s how you manage it that counts” Graham Gooch

Everyone can have good and bad patches, Gooch said.

“We have a saying: ‘It’s not how that counts, it’s how many’. When you or your performers are playing well, they’re confident and some of them take their foot off the gas, but that is a big mistake.

“The key is to work hard when you’re playing well until the bad patch comes, and it will come. It’s how you manage it that counts.”

Gooch highlighted the importance of a leader indicating what a subordinate is doing wrong so they can improve, but said leaders also needed to recognise the good things they do.

On meeting targets, Gooch said that looking too far ahead creates pressure. They need to be managed and communicated effectively.

“If I play well then that’s another building block. Draw a line under a ball or car, onto the next ball or car,” Gooch said.

“Attitude controls everything – If your attitude is down 5%, your performance will be down 20%.

“When I was captain, I wanted the best players in the opponent’s team to challenge us. You put your skill up against the best and you get more satisfaction out of it when you win.”

He said there will always be moments that even your best ‘players’ have a moment of self-doubt – remind them of when they’ve done well and create the feeling that they’re going to do well again.

“There’s nothing wrong with having worries, the key is to put those thoughts to the back of their heads and positive thoughts at the front.

“Make sure they prepare well. You cannot tell a player / member of staff what to do to motivate them, they choose what works for them.

“To be a true captain you’ve got to want it and not just for money. You need to have the passion for the business, but also for the people you’re managing.

“The captain’s job is about rallying – don’t just delegate what you don’t want to do.

“The key is to recruit the right attitude. When a player has an injury, for example, it’s the person who’s getting up and going to the gym that gets them through it. Success in life is an inside job.”

To hear David Bryon, founder of airline BMI Baby, talk at the next Breakfast Club on November 6, visit: am-online.com/breakfast-club/

Are you in the AM Executive Breakfast Club? Members of the free quarterly networking event, who are exclusively franchised dealer senior directors, have so far gained insight and inspiration from the guest speakers sourced from outside the motor industry, including: