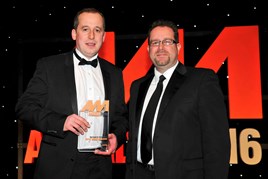 Changing how it sources stock and amending its business processes have paid off for Perrys Vauxhall Doncaster. It now sells more used cars than any other outlet within the Perrys Group and in 2015 achieved almost 1,500 retail units from a site surrounded by strong competitors.

The changes introduced last year re-invigorated the used car team, with each individual better understanding their stake in how it performed as a whole. This led to excellent results.

Used car revenues have risen by more than 29% year-on-year as the business invested more heavily in stock. The rise in volume has not been at the expense of profit – average unit margin at Perrys Vauxhall Doncaster has risen. The dealership is now making an extra £77 from every used car sold, and the associated F&I income has also increased.

The changes came about after general manager John Vilums identified that the dealership was being complacent in sourcing stock and needed to be more selective.

Analysis of the profit per unit by acquisition stream showed the cars it acquired from a major auction source were faring poorly, while stock from its part-exchange, ex-rental, Motability and Network Q sources were sold for much greater profits.

Now it retails more trade-ins, has improved the presentation of the cars and is focused on getting them onto the forecourt more quickly. Vilums said the staff are better motivated, too.