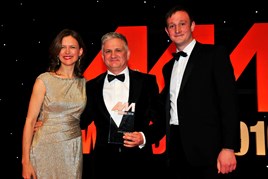 Gary Savage joined Mercedes-Benz UK as managing director in 2010 and the brand has broken records for sales and market share in the five years since.

However, that success has not been achieved at the network’s cost. Average dealer profitability has grown to 2.2%.

Savage’s first move on his appointment was to replace quarterly sales targets for new cars, which were stressing the network, with monthly targets. Dealers were sceptical, but the move worked, giving them a clear, manageable objective.

Both Savage and his dealers have acknowledged the previous parent-child relationship between them, but it has become a much more productive peer-to-peer partnership under his leadership, first as managing director and, from 2014, as chief executive.

There is evidence of this in the brand’s ‘near-perfect’ 9.7 out of 10 scores from dealers asked if they would recommend it and its profit potential in the latest National Franchised Dealers Association Dealer Attitude Survey.

The network has been stable at about 249 dealerships for two years and Savage happily credits his dealer partners as being “the best in the business”.

When Savage isn’t bringing home the bacon for his Stuttgart bosses, he decompresses from corporate life by spending his free time mucking out the animals on his smallholding in Northamptonshire.