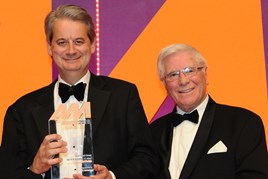 This dealer group puts customers at the heart of the process and reaps the rewards of doing so. Its efficiency and earnings are well above the industry average, and the AM Awards judges praised Hatfields for being a consistently strong local hero.

Return-on-sales has remained between 2% and 3% since 2010 and its trading performance is strong across the new and used car sales and aftersales departments. That consistency and stability has resulted from a strategy centred on the premium brands Jaguar, Land Rover and Volvo since the turn of the decade.

In the past, Hatfields has also held other franchises, including Chrysler Jeep and Hyundai, but has since steered away to concentrate on the more profitable opportunities. It now runs sites ranked in the top 10 for each of its remaining brands.

It recently demonstrated its commitment to the premium car market by the acquisition of Shrewsbury Land Rover in 2016 – its fourth site with the 4x4 brand – and by its plans to redevelop its Volvo dealership in Bury in line with the brand’s new VRE showroom standards.

Based in Wakefield, Hatfields trades in the north of England, following the M62 motorway from Hull in the east to Liverpool in the west, and is owned by the Williams family. Managing director Gareth Williams has previously described the business as being skilled at “selling the essence” of its famous brands rather than giving everything away, and he takes pride in the group’s regional strength, and its focus on winning buyers locally in an age when it’s all too easy to be sucked into a national fight.

Hatfields wants its staff to get to know their customers, to make them feel special. Each site is managed and driven by the characteristics and personality of the head of business, who typically is a local person who has come up through the ranks.

Williams once described his aim of not being of selling hundreds of cars, but of selling one. He has the confidence that one sale will lead to another.