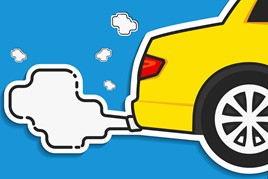 With less than three months before new the emissions testing regulations are introduced, AM wants to know how the introduction of WLTP will affect your dealerships.

According to Cap HPI, the WLTP will trigger an average CO2 emissions rise of 10% across all sectors, which it expects will change the fleet mix over the coming months “with drivers shifting away from models with large CO2 and BIK increases”.

Following such reports, some UK dealers have expressed concerns that they would be expected to move a lot of stock before the new figures come into play.

In May, Volvo announced it had completed WLTP testing on all models and would sell using the new correlated figures. In early June, Volkswagen Group said production of up to 250,000 cars from its group brands in the second half of 2018 will be delayed, with potential factory shut-downs in Germany as vehicles are made WLTP-compliant.

The survey is just six multiple-choice questions and should take less than a minute to complete.

Answer our questions in the box below>>>