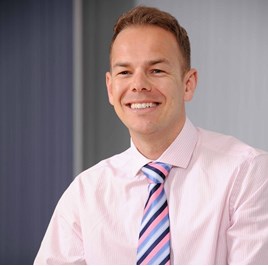 With many automotive retail businesses entering 2018 with some nervousness and caution, the market has remained remarkably buoyant for the first four months of the year.

In 2017 we saw very strong first quarter car sales performance, predominantly driven off the back of the VED Road Tax changes and then Q2 being extremely tough for the majority of dealers.

In 2018 we have seen the majority of dealerships, especially the volume franchises, tracking in-line with 2016 which is extremely surprising due to the fact there have been no VED changes driving sales.

When analysing the performance further it appears that the results have been in the main driven by strong used cars and aftersales which is encouraging and the element of the business that owners are able to influence.

One area that dealers must be switched on to is the deadline surrounding the WLTP changes and potential for excess manufacturer stock to be pushed out to the dealers, as well as ensuring that all stock held by the dealers is registered in time.

From recent conversations it is somewhat worrying the lack of knowledge that appears to be out in the market on such a significant topic that is likely to unsettle the market in the short term.

The ever increasing cost base of franchise dealerships remains under scrutiny with more and more new operations being developed due to relocations / reinvestment – this certainly contradicts those who believe the franchise dealer is a dying breed and click to buy will be upon us before we know it.

Whilst it is an ever changing landscape and undoubtedly the franchise model will continue to evolve, it is highly unlikely that there will be any dramatic changes in the next five years, in our opinion.

The consolidation is likely to continue with a number of international groups looking to enter the UK market with aggressive growth strategies, a number of high profile deals currently in process and smaller operators becoming under pressure to exit.

There may well be a reduction in the number of representation points as certain brands look to move to a hub and spoke model, again likely to have an influence on some operators, however this can also be viewed as a good thing as it may enable those remaining dealers to drive an acceptable return from their investment.

One area that we believe there could be significant change is within the PSA and Vauxhall networks, whereby you could easily see the combining of the three brands into a single brand centre that represents a combined 10% market share.

If this becomes the case then there could be significant change within the representation points across those brands, however this does remain uncertain.

In summary we believe that 2018 will be another good year for the industry, as ever with the usual challenges, however do not believe that some of the negative press in recent times is justified from the performance we are seeing at present’. 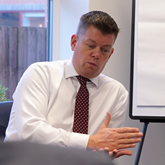