Claims Inflation: How to mitigate costs to your business 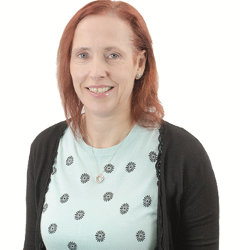 The rising cost of claims is due to a number of factors.  These include Brexit, fuel shortages, the increased cost of energy, the continued impact of workforce absences due to Covid 19, vehicle technology, and environmental and legislative issue.  More recently, Russia’s invasion of Ukraine is impacting the global financial market.

Specifically, claims within the automotive sector are being affected by delays in parts and increased costs. Parts for cars and commercial vehicles have been impacted by supply chain issues, in particular due to issues with semiconductor computer chips, and vehicles are often off the roads for months at a time if they are involved in an accident.

These problems are affecting most vehicle manufacturers, and subsequently retailers.  It is vital that business mitigate costs in the event of a claim by doing the following:

Delays in reporting an incident can mean lost opportunities to help, and a lengthier time to investigate an incident, which can drive up the cost of a claim even further.

To discuss your insurance cover and any concerns about the rising costs, please contact Karen e: Karen.Reed@pib-insurance.com, t: 07518 839613