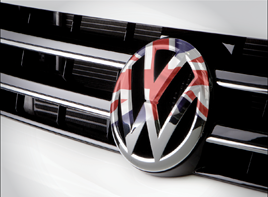 The Government has announced it will not immediately pursue Volkswagen Group in court for emissions cheating, as UK consumers and dealers see little sign of a US-style compensation package.

In July, the transport select committee (TSC) accused ministers and the Department for Transport (DfT) of being “too slow to assess the use of its powers under the Road Vehicles (Approval) Regulations 2009 to prosecute Volkswagen for its deception”, and said the group’s differing treatment of UK and US consumers was “deeply unfair”.

However, the Government has now responded that, while it believes affected UK owners should be compensated for the “inconvenience, uncertainty and worry caused by Volkswagen’s cheating”, it would not launch an immediate legal investigation. Instead, it will “monitor” an existing criminal inquiry in Germany before considering its next steps.

It comes in contrast to Volkswagen Group’s actions in the US, where, in August, its 652 retailers were promised £920 million ($1.2 billion) of a £12.7bn ($16.5bn) package brokered by the US Justice Department. American owners of affected vehicles banked $10,000 compensation and the right to have their vehicles repaired or bought back by the carmaker.

Volkswagen Group pledged to fix all affected cars in the EU by next autumn, but is yet to gain approval for fixes to certain two-litre models and its 1.6-litre TDI engine.

In September, AM reported that Louise Ellman, Labour MP and chair of the TSC, had described the delays as “simply unacceptable”.

She said: “Time and time again, VW’s schedule has slipped.

“Paul Willis, VW UK’s managing director, promised the transport committee that VW drivers could expect to have their cars fixed by the end of this year.”

Responding to news of the Government’s decision not to pursue VW in court, one AM reader said: “Volkswagen may be in trouble in respect of their treatment of customers, but the real losers are Volkswagen dealers”, claiming that sales have fallen and the hourly allowance to implement fixes is “so small that each job represents a loss”.

A VW dealer, who asked not to be named, agreed: “We were hung us out to dry to a great degree. It would be nice to think that we might be compensated in some way. It is galling to see $1.2bn set aside for US retailers.”

Although the dealer acknowledged that the US situation was different, they said in the UK “the manufacturers have the SMMT to campaign for their corner and the retailers have the NFDA, which is completely toothless. The power simply doesn’t lie with us.”

When asked whether the NFDA had held meetings with Volkswagen Group UK or lobbied the Government on retailers’ behalf, director Sue Robinson said: “The NFDA holds regular meetings with its members, including VW dealers, where this has been discussed.” She said no dealers had directly contacted the NFDA about ‘dieselgate’.

Robinson added: “Following the initial concerns with the VW emissions issue, dealers have been playing a key role in helping customers to restore confidence in the product they bought.

“After a small decline in showroom footfall, new vehicle sales enquiries have returned to normal. Used VW vehicles also seem fairly unaffected as there has been no discernible drop in used cars’ value.”

However, the situation could still be of concern to dealers given the Government’s suggestion that they may yet be a target for consumers seeking compensation.

In its statement to the TSC, it stated: “The Government notes the committee’s comments regarding the Sale of Goods Act 1979 and agrees that vehicle owners may have recourse under the Act.

“The Government is not privy to the content of contracts between vehicle owners and the relevant dealerships and so is unable to comment further.”

The toll on franchisees

Franchisees gave VW a tough time in the NFDA’s summer survey, putting the brand fourth from bottom with an overall rating of 4.5/10, up by 0.3pts since winter, but down 0.4pts since last summer.

Dealers rated their satisfaction with current profit return at 2.9/10, the lowest of any manufacturer.

Its scores have slid since an 8.4 overall rating in the winter of 2014, but Robinson does not believe the issue is connected to dieselgate.

“The issue seems to predate the emissions issue and suggests the problem is as much about the relationship between the dealers and the manufacturer as anything else,” she said. However, the graph above does show a clear fall in product image after the emissions scandal became public.

AM’s dealer source revealed that Volkswagen Group had agreed to pay bonuses when a retailer reached as little as 70% of their sales target during Q4 of 2015, in an attempt to alleviate the pressure on businesses post-dieselgate.

Packages of cars were also made available at “greatly reduced cost”, leading to pre-registrations as many retailers increased their used car stocks to combat falling new car margins. The dealer added: “Some retailers saw their margin fall by one percentage point, which is a substantial amount when you consider the starting point may have been 1.3 or 1.4%. Many people were left making losses.”

Alison Jones, director of Volkswagen UK, said the brand took action in Q4 of 2015 to “remove uncertainties from dealers’ performance measures”, adding that it would continue to support retailers.

“The targets have been consistently reviewed so that they are realistic and the vast majority are able to achieve them,” she said. Jones claimed both footfall and website configurations had “now returned to pre-September 2015 levels”.

However, the evidence of the effects of the emissions scandal so far is visible in the statutory accounts of some Volkswagen Group dealers.

Vindis Group’s accounts reported that the issue had a “significant impact” on the business’s balance sheet in 2015. In his director’s statement, chairman Gary Vindis wrote: “As demand slowed, trading conditions in 2015 were more difficult and the emissions issue had a significant impact on our turnover and profitability in the last quarter of the year.”

Total new and used car demand showed modest growth of just 1.2% in a new market up 6.3%.

In the 2015 annual accounts of Hawco & Sons, an Inverness-based Volkswagen and Audi franchisee, director Gillian Betts wrote that the emissions scandal had made trading conditions in 2015 “even more difficult” as it redeveloped its Volkswagen sites in Elgin, Inverness and Peterhead.

Volkswagen is understandably eager to focus on a future away from diesel power – so long the focus of its immense R&D budget (£10.9 billion in 2015).

At the Paris Motor Show, Volkswagen’s ID Concept took centre-stage alongside 2018’s e-Golf (which claims a 300km range), the brand’s first dedicated electric car is due to go into production in 2020.

Alison Jones, director of Volkswagen UK, said that by 2025 the Volkswagen Group “intends to be the world’s number one producer of pure electric cars”.

See our full coverage of the Paris Motor Show here.

Gross profit at the group fell 33%, from £3.57m to £2.39m, with a 2% rise in turnover to £75.98m. Betts wrote in her directors’ statement: “We toiled all year to achieve our contract, requiring us to offer higher levels of discount than in the prior year, to self-register more stock than we otherwise would have and to forgo some vehicle bonuses.

“In addition, gross profit earned from used vehicle sales reduced by £1m in 2015, due largely to increased cost of vehicle write-down, as a result of stock levels, the level of self-registered stock, and the result of the VW Group vehicle emissions issues.”

In the 2015 accounts of Johnsons Cars, a multi-franchised group in the Midlands, finance director Richard Martin wrote: “The overall growth was held back by the disclosure in the USA of the Volkswagen emissions software fitted to diesel engines. It caused significant deterioration in the financial performance of the five Volkswagen, solus Seat and solus Škoda businesses that we operate, being most notably seen in new and used vehicle margins and volumes.

“This prompted the company to make a sizable used vehicle stock provision in these brands to ensure the stock entered 2016 at the correct value to secure reasonable margins.”

While some retailers told AM they felt the worst effects of the emissions scandal had already been felt by their businesses – Arthur Prince Group managing director, Geoff Prince, said “we had a tough time, but it’s in the past” – there remain signs that consumers remain unsettled.

Although figures from the Financial Conduct Authority revealed that complaints to financial services firms fell 2.6% in the first half of 2016,