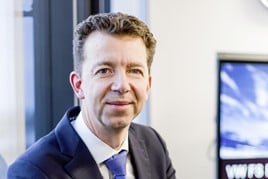 Volkswagen has appointed Dr Christian Dahlheim as its new head of group sales after Fred Kappler announced his intention to retire.

Dahlheim, who is currently a member of the board of management of Volkswagen Financial Services AG with responsibility for sales, will take up his new post on October 1.

Lars Henner Santelmann, will assume responsibility for Dahlheim’s current function in addition to his own duties.

Volkswagen board member for Human Resources, Gunnar Kilian, said: “Fred Kappler has held numerous positions of responsibility in the Volkswagen Group for decades.

“We would like to thank him for so many years of exceptional achievements, particularly in sales.”

Dahlheim has a Master’s degree in physics and also holds an MBA and joined the Volkswagen Group in 2005.

He has held various management positions at Volkswagen Financial Services AG, including head of corporate development, regional manager and, from 2014, as president and chief executive of Volkswagen Credit Inc in the USA.

Dahlheim was appointed member of the Board of Management of Volkswagen Financial Services AG with responsibility for sales and marketing with effect from January 1, 2016.