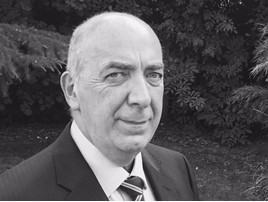 Jones, who took up his new post on September 1, replaces Rob Draper, who will now take on the role of expanding the business’s growing presence in the Asia Pacific region.

He will report directly to head of sales and performance Pita Marroni, and will be directly responsible for expanding and growing The MFG Group’s presence in its home market.

The MFG Group chief executive, Declan Gaule said: “Tony brings a wealth of diverse and ‘hands on’ motor industry experience to MFG and our clients. With a proven pedigree including significant tenures with BMW, Honda, Nissan, Porsche and Renault, his industry knowledge and passion for the UK automotive sector is second to none.

“His appointment will ensure that MFG’s proven automotive solutions continue to add value and profitable unit sales to our existing and ever-expanding customer base.

Jones began his career with 10 years in the finance industry, before securing his first motor trade roles with Autolease then Cowies, setting-up one of the first used car supermarkets in Birmingham.

His earliest venture into new car franchises was with Honda, followed by combined Honda and Renault operations, before joining BMW Group in South East London, initially as dealer principal but later as new car and corporate sales director.

In 2007, he joined Porsche Retail Group as centre principal for the West London dealership.

In 2011, Tony joined the Nissan network with Motorline as general manager of the new Crawley Dealership. In 2013 he was appointed as operations director for three dealerships, which he increased to nine over a five-year period through site launches and acquisitions.

Gaule said: “There is very little in the industry that Tony has not applied himself to successfully, not least winning the prestigious Worldwide CEO award from Nissan for outstanding performance and exceeding EV sales.

“It’s this desire for success and extensive industry pedigree that will ensure MFG’s continued UK growth under Tony’s leadership.”

Jones added: “I am delighted to join The MFG Group at such an exciting stage of its development.

“I’m excited to apply my extensive sector experience and learning to help enhance our presence in the UK market and looking forward to re-engaging with many of my associates from across the UK dealer network to help them drive tangible sales increases.”