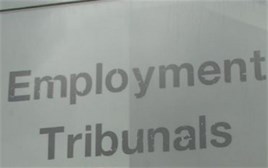 The Employment Tribunal in Leicester has ruled that UK law can be rewritten to reflect commission in holiday pay - but has left car dealers with unresolved issues.

The tribunal ruled on the Lock v British Gas case.

Lock was a British Gas salesman on a basic salary with variable commission paid in arrears. His commission depended not on the time worked, but the outcome of that work, i.e. the sales achieved.

He could not earn commission whilst on leave and therefore, would lose income by taking it.

Following the European Court of Justice’s decision last year, the Employment Tribunal has held that Lock’s holiday pay should include an element for his commission. This will impact on future holiday pay entitlement.

The Employment Tribunal has just published the first stage of its judgment on this issue. The issue of the correct reference period for calculating average commission and how much (if any) money is actually due to Lock has been deferred to a later stage.

Sue Robinson, director of the National Franchised Dealers Association, said: ‘There are still some unresolved issues following the decision in Lock."

> What is the reference period for calculating holiday pay?  It was hoped that the Leicester Tribunal might clarify whether, for example, a 12 week, or 12 month period was appropriate. It did not do so, so that issue has been deferred for determination at a later date.

> Prior to July 1, 2015, are there any limits to how far back a series of deductions can stretch?

"What types of variable pay are intrinsically linked to the tasks performed under the Contract of Employment?

"It is to be hoped that these and other unresolved issues may be addressed in future cases. We will of course report back to members on future developments in more detail, as and when they arise," Robinson said.

“This is important news for the industry as pay in sales inevitably includes a large element of commission pay. It is important to get accurate legal advice on the issue and I would urge all NFDA members to contact us as their trade body."