What the VW scandal means for dealers - a lawyer's perspective 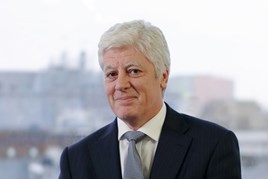 "The retail motor industry, which has over recent years has gone from strength to strength, faces a considerable challenge as a result of the VW emissions scandal which continues to occupy the front pages and which, understandably, is receiving daily media coverage as the story continues to unfold.

"It remains to be seen whether the issue solely relates to VW or whether it may yet spread to other marques.

"The greatest problem for the retail motor industry is of reputational damage to the VW marque and the possible erosion of consumer confidence in other brands as more information relating to the scandal comes into the public domain.

"There has been no suggestion that dealers knew of the fitment of 'defeat devices' or that they will yet be implicated in the scandal.

"This erosion of confidence is likely to impactsales in the short to medium term.

"Dealers will do well to be on their game and to be able to speak authoritatively at point of sale about emissions standards of their model range, where such issues are raised and are expressed by would be purchasers to be a key factor in their purchasing decision.

"There has been an amount of fairly sensational media coverage concerning potential class actions by affected consumers and the legal claims industry, sensing new opportunity, has lost no time in trumpeting the possibility of such claims on behalf of consumers and dealers and shareholders.

"It is extremely unlikely that dealers would ever bring claims or seek to pass on claims made against them by consumers.

"The commerciality of the relationship between manufacturers and franchisees is that such claims are seldom, if ever, made. Those matters are dealt with by other means such as “dealer support” in a variety of ways from the manufacturer.

"Reference has been made in the media to the new class action rights in the Consumer Rights Act 2015 which comes into force on October 1, although it should be noted that the act only opens the way to such actions in respect of a breach of competition law.

From the dealers’ perspective there is undoubtedly a possibility that customers who have purchased VW vehicles will be considering their legal rights against the selling dealer or the finance house (if financed ) if it transpires that the VW vehicle purchased by them has been fitted with a defeat device which results in their vehicle pumping out less green emissions.

"Customers who have agreed to purchase, but who have not yet taken delivery of their vehicle may also seek to withdraw from such agreement.

"Each such potential claim is likely to turn on the individual facts of the purchase:

"So what losses could be claimed by consumers who bring successful claims?

"At the highest end of the scale it may be that customers would be entitled to seek a full refund of the purchase price of the vehicle if purchased for cash or the return of any deposit and any finance payments if they financed the vehicle.

"If the right to claim a full refund has been lost they may have a claim in damages. It is unlikely that such damages would amount to any more than a fraction of the purchase price.

"Quite obviously there is presently little or no available evidence of the impact of the emission issue on residual values.

"Whilst the overriding challenge of dealing with the scandal and its wider impact remains and will need to be dealt with transparently and sympathetically by the industry at manufacturer and dealer level to restore consumer confidence in the wider market and in relation to the diesel engine market in particular,the likelihood of a barrage of claims or class actions against dealers at any rate, arguably remains more illusory than real."