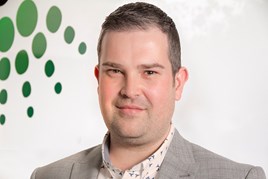 Young drivers in Scotland spend more than twice as much on a used car as those in the South East – but the country’s new car sales are not stacking up.

The figure represented a year-on-year rise for Scotland of just over 2.7%, suggesting that the region is lagging behind the growth experienced in other parts of the UK.

Speaking to the BBC, SMTA chief executive Sandy Burgess said: "All areas have experienced growth with the exception of Dumfries and Galloway and Strathclyde.

"We have been aware of some dealers who were experiencing new vehicle delivery issues towards the end of the month, and this may well have had a small but noticeable negative effect.”

Young Scots are splashing out on used cars according to research compiled by insurance comparison site Gocompare.com, however.

New drivers in the South East paid the least, meanwhile, spending an average of £2,928.

The figures come from a poll of 2,000 British adults with children aged between 16 and 25 during January.

Matt Oliver, from Gocompare.com insurance, said: “Everyone remembers their first car and whilst many of us probably started out in something of an old banger, today younger drivers are spending a bit more money and are able to get a half decent first car.”

Gocompare.com did acknowledge that the biggest barrier for many young drivers making their first car purchase remains the cost of car insurance.