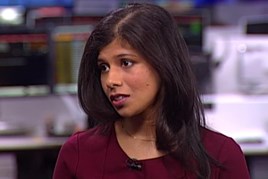 An agreement which will see Volkswagen buy back around 600,000 vehicles from their US owners as part of a $1 billion settlement “sends out the right signals to the consumers”, according to industry analyst.

Customers will have the option of having the vehicles – rigged to cheat emissions tests – fixed or bought back by Volkswagen as part of the deal agreed yesterday, senior US district judge Charles Breyer revealed.

The agreement between Volkswagen, the US government and private lawyers will also include “substantial compensation”.

Breyer had threatened a trial if Volkswagen and US officials did not reach an agreement on timing of the repairs by Thursday.

US officials and VW now have until June 21st to file preliminary proposals on the settlement and affected customers will have the chance to participate in public consultation on the plans before Breyer signs off on the final settlement.

Volkswagen has set aside just over $1 billion to meet the demands of the agreement and Shwetha Surender, programme manager for industry analyst Frost and Sullivan, told AM that the deal “sends out the right signals to the consumers”.

She added: “While this is a step in the right direction to mitigate the damages from the emission scandal, sales in the US have taken a hit, falling around 5.7% in the first quarter of the year.

“However, US sales as a whole account for only 10% of the Group's sales. In contrast, China, Volkswagen's largest market accounts for close to 40% of sales and Q1 2016 saw sales rise by 6.4% in the Chinese market.

“The wider outlook is more positive as global sales seem to have stabilised. The Q1 figures revealed a minor increase of around 1% compared to the same period last year.”