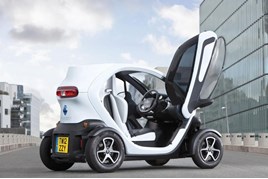 Nissan, Renault and BMW were top of the popularity stakes on Motors.co.uk as the online tool saw a 116% rise in EV searches during the first half of 2016.

Motors.co.uk analysed the number of times consumers looked at the full details of electric vehicle models in January to July 2016, and while it revealed more people looking at more mainstream models such as the BMW i3, it also showed increased interest in unusual electric vehicles such as the Renault Twizy.

Dermot Kelleher, director of marketing and business intelligence at Motors.co.uk, said: “The interest in electric vehicles among car buyers visiting Motors.co.uk showed significant growth in the first half of this year compared to 2015.” 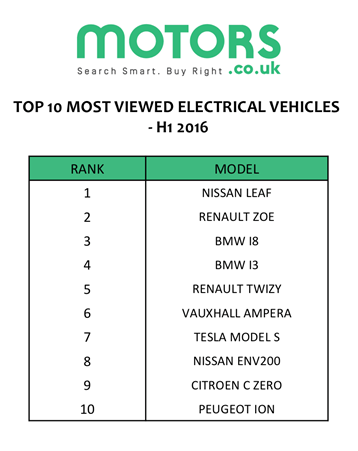 Motors.co.uk revealed that it has also seen the volume of electric vehicles advertised and sold by dealers increase during the past 12 months, while retail days in stock have consistently declined.

Kelleher said that surging demand “indicates that there is now strong consumer demand for plug-in vehicles, suggesting that concerns such as range anxiety are subsiding.

“In addition, as more car buyers switch to paying for their vehicles on a monthly basis, the low running costs for electric vehicles really start to stack up in their favour.”