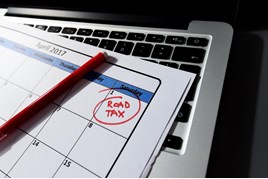 April’s road-tax changes remain a mystery to most dealership customers, according to a survey conducted by Carbuyer.

Drivers of the lowest-emission petrol and diesel cars could be hit with a hike of £140 a year and those buying a car costing more than £40,000 will be forced to pay a £1,550 levy over the first five years of ownership under the new rules.

Many industry commentators have suggested that the new rules could see a boom month of registrations in March, as retailers and customers bid to side-step the potentially costly legislation.

But few seemed so savvy about the situation when questioned by Carbuyer, with only 6% of respondents to the survey of more than 4,000 people stating that they were fully aware of it.

The survey also revealed that a mere 8% knew changes are coming – but 86% were totally in the dark.

For cars registered after April, though, only those that produce no CO2 – full EV and hydrogen cars – will be spared road tax.

All other models registered from then will be liable for an annual road-tax bill of £140, regardless of CO2 emissions.

The first year of road tax will still be based on CO2 emissions and range from £10 to £2,000, this fee is almost always absorbed in a car’s on-the-road price.

Cars with a list price of more than £40,000 will also incur an additional £310 levy for the first five years of ownership, however, bringing their total annual VED bill to £450 during that time.

Carbuyer editor Stuart Milne said: "While the changes should provide more reasons for cost-conscious buyers to choose a fully electric vehicle, they remove much of the incentive for buyers to choose low-emission models with a petrol or diesel engine.

“Remarkably, a 1.0-litre Vauxhall Corsa will attract the same tax bill as a 5.0-litre Ford Mustang once the first year of tax has been paid.

"Buyers should also be aware that the list price includes the cost of any options. Choose too many extras and you could unwittingly push your car’s price above £40,000 – that’ll cost you an additional £1,550 over five years."

Carbuyer explained that the new VED road tax rules had made life easier for drivers who want to drive a petrol car but may have been put off by high tax rates, due to high CO2 emission, in the past.

It stated that these motorists are likely to find their engine of choice becomes more affordable under the new system, as the playing field between diesel and petrol becomes more level. And it'll provide another reason for buyers to consider an all-electric or hydrogen-powered car.