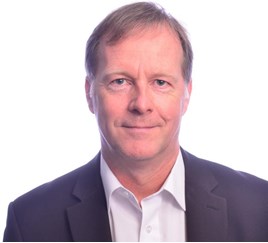 The number of cars on UK roads showing mileage discrepancies has risen by 25% since 2014, HPI has revealed.

The increase, from one in 20 cars in 2014 to one in 16 today, emerged as what is believed to be the biggest clocking case in British legal history saw convictions for operators of a Runcorn-based chauffeur services company this week.

Barry Shorto, head of industry relations at cap hpi, said: “There are numerous reasons why clocking is on the up.

“The continued development of technologies to alter digital odometers, increasingly easy access to this technology via the internet and similarly, the ease of access to mileage adjustment services online, some of whom will behave legitimately, others less so.

“The increase in mileage-related finance arrangements such as PCP and PCH may also be a contributing factor.”

HPI, the UK’s leading authority on vehicle checking services, estimates that used car buyers now have a one in 16 chance of purchasing a vehicle with a mileage discrepancy, with the practice costing motorists over £800 million* every year.

Shorto added: “Not only should dealers make conducting mileage investigations an integral part of their business process, to protect their reputation and their customers, they need actively to promote the fact to their customers that these checks have been done.

“Our data confirms that consumers are seeking peace of mind against clocking, yet some dealers are choosing to overlook this.

“Proof of a mileage check should be a key part of a dealer’s sales strategy, promoting the quality of their stock, as well as highlighting the dangers of clocking for their customers.”

It was found that more than 100 vehicles had been “clocked” between 2008 and 2014 and the authorities estimated that the minimum amount of the clocking ‎was estimated between 7-7.5 million miles, but the true figure may never be known.

PCS Chauffeurs owner John Murphy was jailed for 3 years along with former director and his stepson, Paul Arslanian who received a jail sentence of 27 months.

The boyfriend of majority shareholder Laura Murphy changed his plea a few days into the trial to guilty, was jailed for 18 months.

Shorto said: “The message to clockers is clear – it’s only a matter of time before they are caught and brought to justice.

“HPI remains committed against clocking as well as raising awareness of the value of its National Mileage Register.”