Vehicle emissions down by 4% compared to 2007, according to ClickMechanic 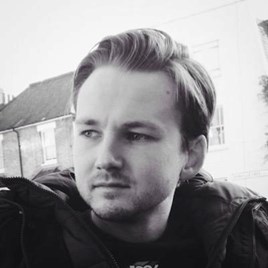 Research into gov.uk data has shown that vehicle emissions are down by 4% compared to 2007, but have plateaued since 2010.

The results, brought to light by ClickMechanic, show that since its last spike of 71 million tonnes of CO2 equivalents back in 2007, the level of greenhouse gases created by household motorists has steadily declined and plateaued to 67 mt CO2e.

ClickMechanic said: “Over the last decade, the UK’s motoring industry has taken an obvious, greener, direction; cars have become more efficient, electric cars have grown in popularity and, more recently, the government are pushing for a more eco-friendly future with its proposed Diesel Scrappage Scheme.

“Contributing factors to this drop will have included the developments in car-efficiency (average new car CO2 emissions fell by 26.4% from 2007 to 2015, according to SMMT) and the tax incentives for lower carbon dioxide. It could also illustrate a potential backlash from the recession.”

According to the SMMT, new car registrations also fell by 11% when comparing 2007 with 2008, which may have had some impact on the emissions, as fewer cars were being introduced to the road that year.

Co-Founder of ClickMechanic’s co-founder Andrew Jervis (pictured) said: “There has indeed been a major improvement in the UK’s car emissions since 2007; however we want to ensure that this plateau continues to drop.

“If you cannot afford an electric vehicle, there are still some changes you can make which will allow your car to run more efficiently: remove any unnecessary weight, ensure the tyres are inflated and try not to drive too quickly or sporadically. Above all, make sure your car is operating at 100%.”