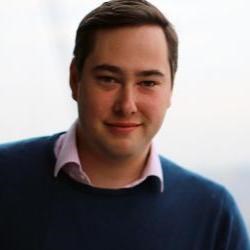 Brexit uncertainty and increasing petrol prices have been cited as reasons for a spike in the take-up of short-term car insurance cover as service provider Cuvva reported a 177% rise in demand.

After analysing data from Consumer Intelligence, Cuvva noted that UK insurance premiums have risen by 14.6% and that the latest new car registrations have shown a 12.2% decrease in sales in October.

This type of ‘pay-as-you-go’ insurance is predominantly used by people borrowing a friend or family member’s car for a short period of time – meaning they only need insurance for a matter of hours.

Cuvva’s chief executive and founder Freddy Macnamara (pictured) said: “With inflation now at a five-year high and wage growth slow, a lot of people are having to work hard to keep within budgets.

"One of the biggest expenses for a lot of consumers is the cost of running a car, which is one of the reasons why new car sales have fallen for the last six months.

“These soaring costs are also leading to an attitude change when it comes to car ownership.

"A lot of people, especially those who drive infrequently, are choosing to share cars between friends and family members, so that they only have a car for the time they need it.

“The car insurance market is responding to this trend by offering more flexibility to drivers.

"With Cuvva it’s now easier than ever to borrow someone’s car for a short period of time and quickly get insurance on a pay-as-you-go basis, and this will only encourage the trend of car sharing.”