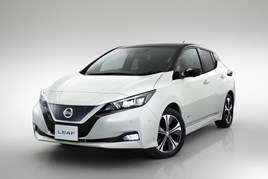 Car buyers are avoiding electric vehicles (EVs) due to their higher "upfront expense", according to new research from Auto Trader.

Following a survey of 3,000 motorists the online vehicle marketing specialist found that 20% of buyers said they would not consider an EV because of cost.

Charging infrastructure was the second most popular reason for sticking with a conventionally powered car, with 18% of the vote. 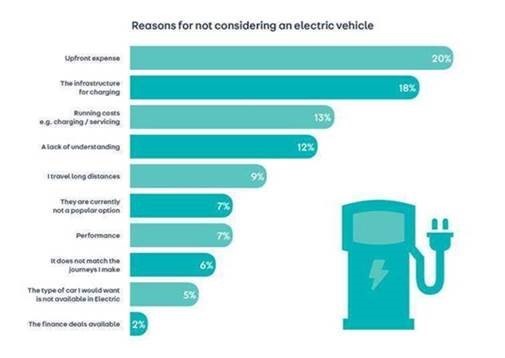 “Until attractive AFVs are available at a similar cost to petrol or diesel models, consumer uptake is likely to remain limited to the most environmentally-minded early adopters and city dwellers feeling the negative regulatory pressures more than most.”

In response to the Government’s Road to Zero strategy - which outlines a target for 70% of new cars sold annually to fall into the Ultra Low Emissions (ULEV) category by 2030 - Plummer said the pace of change won’t be fast enough to drive the revolution that the industry needs.

“The switch to electric will require a wholesale shift in public mindset, and for that we need a significant boost of supply side factors to build consumer confidence in electric and hybrid models."

Among plans outlined in the strategy is a push for charge points to be installed in new-build homes and for new lampposts to include vehicle charging points. The Government also pledged a £400 million fund to boost the charging network.

“If we’re serious about achieving these targets in a way that can be driven by consumer demand we need to focus far more on upgrading our existing infrastructure, as well as just adjusting the specifications of new builds,” Plummer added.