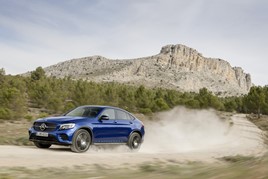 Bumper new car discounts prompted by the need for manufacturers and car dealers to sell-off stock ahead of the new WLTP fuel emissions legislation have been highlighted to consumers by What Car?

The Government’s Worldwide Harmonised Light Vehicle Test Procedure (WLTP) comes into force on September 1 and the deadline has prompted a rush to clear forecourts of cars which have not been homologated into the new regime.

What Car?’s new car buying website has highlighted some of the top offers available to consumers as manufacturers withdraw some cars from sale and heavily discounting others during August.

“Our latest analysis shows that there are some incredible deals out there at a time when discounts are traditionally harder to come by,” said What Car? editor, Steve Huntingford.

“Buyers have the choice of stock that the car manufacturers have to register before the new emissions regulations come in, or stock that they are keen to sell as a result of this normally being one of the busiest times of the year, when the September number plate change comes into effect.

“As a result, buyers using the What Car? New Car Buying service at What Car? are being offered some cars with incredible discounts, that match or beat our Target Price.”

Yesterday’s publication of July new car registrations by the Society of Motor Manufacturers and Traders (SMMT) identified a 1.2% rise during July.

Last month, an AM survey of car retailers experience of the impact of the new test regime so far revealed that 43.7% of respondents said they had been placed under pressure to self-register vehicles ahead of September 1 as a direct result of the switch to WLTP and RDE test regimes, with 57.1% stating that manufacturers had introduced incentives in an effort to sell vehicles before then.

More worrying, however, could be the effect on the crucial September ‘plate change month.

A total of 55.6% of respondents told AM that they had been advised by their manufacturer partners to expect a restricted supply of vehicles due to limited availability of WLTP-homologated stock.

What Car? is clearly keen to highlight the opportunity that the situation currently presents to consumers.

Huntingford said that “deals are available across a huge range of makes and models”, adding that there are “bargains out there for every type of buyer”.

He added: “If you don’t need a car to be built to your personal spec, our advice is to ask retailers what cars they have in stock and start negotiating.”

The What Car? New Car Buying uses mystery shoppers to highlight the very best new car deals, setting a Target Price as the most you should pay for a car.

It then links its online users with retailers willing to match or beat the Target Price.

Among the top discounts identified by the service are: