European car market down 7.1% in October 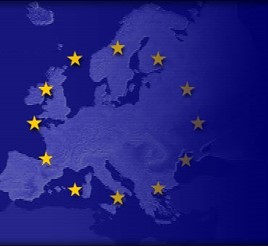 The European car market continued to decline in October 2018, as 1.12 million vehicles were registered during the month, down 7.1% on the same time last year.

The industry continued to suffer the consequences of September’s results, when the introduction of WLTP and the lack of availability of non-homologated model versions caused the market to drop. However, year to date figures remain unimpacted and indicate overall registrations are at the highest point of the past 10 years.

Felipe Munoz, JATO’s global analyst, said: “We expected another drop in October, as the homologation process is taking its time.

“However, it is concerning to see that some of the industry’s key players are still quite behind in the process.”

In early October 43% of the versions available on the market had not been homologated, with the percentage only falling to 37% one month later.

October’s decline was most evident in Germany and Italy, and in mid-size markets like Belgium, the Netherlands, Sweden and Austria. Interestingly, Poland became Europe’s sixth largest market during the month, despite recording a 1.5% drop in registrations.

As in September, the SUV segment bucked the negative impact of both WLTP and the diesel crisis. Despite having to navigate more challenging market conditions, SUVs continued to gain traction, with their registrations growing by 7.2% to 397,200 units and their market share jumping from 30.8% in October 2017 to 35.5% last month.

Most of the growth was driven by small SUVs, where volume increased by 16.6%, after being boosted by new arrivals.

Diesel vehicles started to lose ground again after some months of stability. Registrations fell by 24% during October, counting for 34.1% of the total market. This can be attributed to the fact that many of the diesel models popular among consumers are non-homologated versions. Meanwhile, alternative-fuelled vehicles continued to gain traction with their market share increasing by two percentage points to 7.5%, while demand for pure electric cars grew immensely, with volume up by 70%.

After losing the top-ranking spot to PSA in September, VW Group reclaimed first position during October, despite its volume falling by 22%. In spite of its overall position at the top, VW Group was also one of the biggest market share losers during the month, along with Renault-Nissan and FCA.

The Volkswagen brand also reclaimed the top spot in the brand rankings, but also lost market share as its volume fell by 15.6%. However, the biggest drop among the brands came from Audi, where volume was down 53% on the same time last year. Meanwhile, the growth posted by Peugeot and Citroen in the PSA Group was offset by a 7.1% drop in registrations recorded by Opel/Vauxhall, which was severely impacted by the fall in demand for one of its key models – the Mokka – in the UK, France and Germany.

Likewise, although Renault-Nissan was the third best-selling car maker in October, double-digit drops at the Renault and Nissan brands were enough to offset the small growth recorded by Dacia and the strong growth recorded by Mitsubishi. The car maker also lost the title of Europe’s top-selling SUV maker, falling behind PSA and VW Group.

The Volkswagen Golf reclaimed its position as Europe’s best-selling car, despite posting large drops in Germany, down 11%, the UK, down 32%, France, down 41%, Italy, down 44%, and Spain, down 51%, with its overall market share falling from 3.63% in October 2017 to 2.89% last month as a consequence. In contrast, demand for the Volkswagen Polo increased, with registrations up by 60% to 21,000 units. 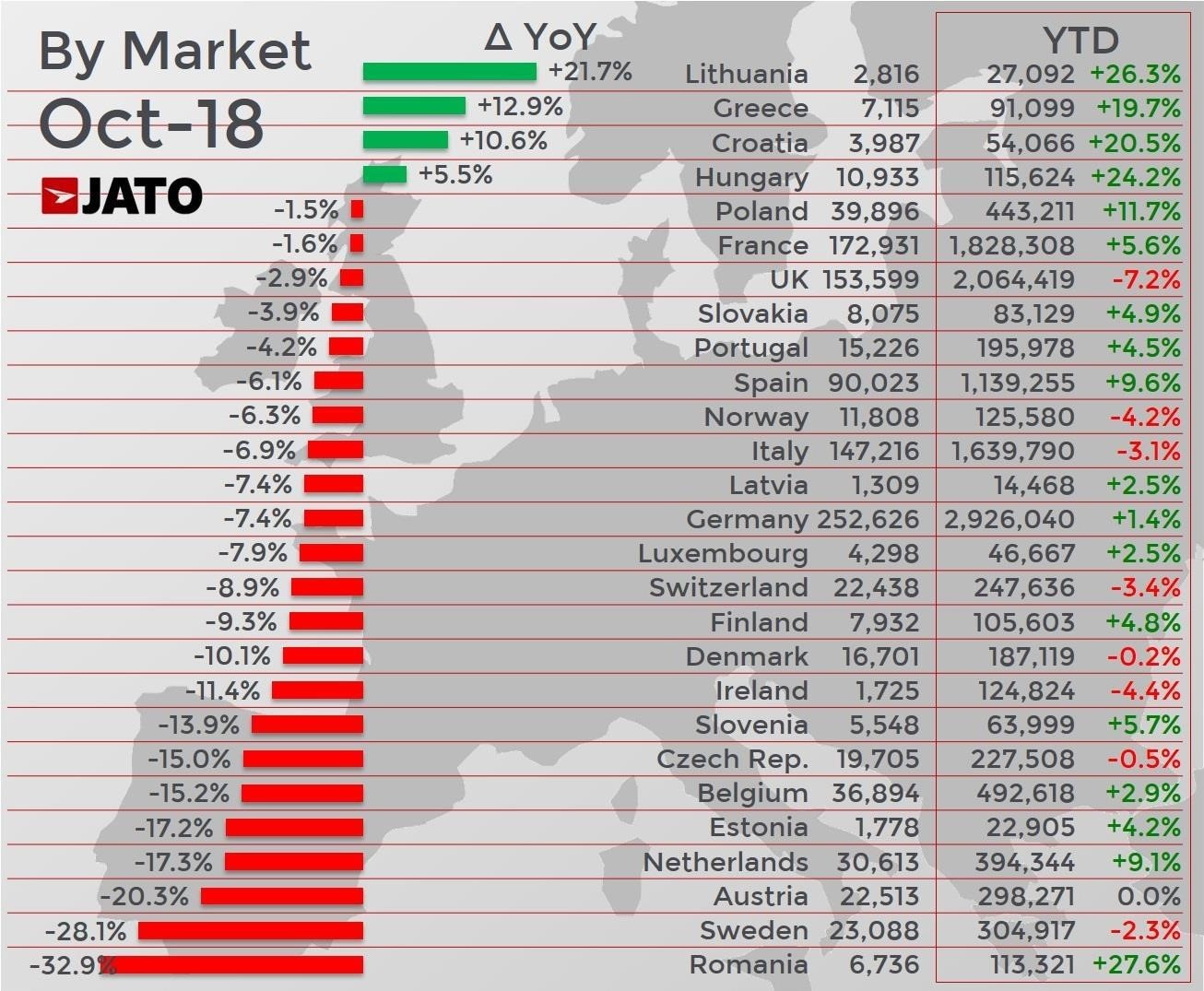