A few months ago, we mentioned a fairly obscure study by British engineering consultancy Ricardo, that suggested that it takes 15,000 miles for an electric car with a small 30KW/hr battery to reach “break-even” against a petrol car, and about 35,000 miles for a 100KW/hr electric car to do so.

That rather niche discussion between engineers subsequently broke out into a fairly major Twitter spat (not involving Ricardo, it should be said), so it is worth trying to get to the bottom of the argument.

The basic idea is that batteries take a huge amount of energy to manufacture. That much is unarguable – for example, battery gigafactories can only be sited in places which have direct access to the 400KV backbone of the electricity grid (a bit like putting a logistics hub next to a motorway junction).

Hence all battery electric vehicles (BEVs) start off with a CO2 deficit against a petrol car, the question being how long it takes before the BEV produces less overall CO2 than its petrol rival. 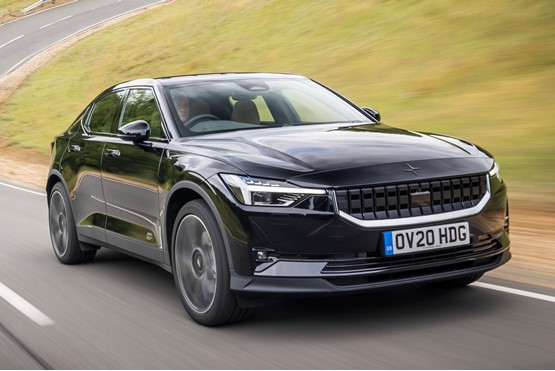 To answer that, you have to know the amount of electricity used to make the two types of cars, the amount of CO2 in the grid electricity (very low in nuclear-powered France, catastrophically high in coal-dependent Poland), and the CO2 produced by the petrol alternative.

Polestar marked their recent launch in the UK with a very honourable explanation of how long it took their Polestar 2 BEV to reach break-even against a conventionally-powered Volvo XC40. Their conclusion was that, with the average European power mix, the answer is 48,000 miles and, with wind power alone, it would be 31,000 miles.

They did not give a precise figure for the UK, but our grid is cleaner than the European average (mostly due to electricity from offshore wind), so the likely figure for the UK is 40,000-45,000 miles.

This high-minded debate was undermined last month by a row concerning Aston Martin, of all companies. The allegation was that Aston Martin, plus a number of other car companies, had commissioned a separate report to give a worst-case scenario for the break-even point of BEVs.

The companies were alleged to have written the report and had it published via a company set up by the wife of Aston Martin’s director of global government and corporate affairs. Then the media started quoting “experts” who claimed the BEV break-even point was far lower.

One widely quoted source was a researcher in the Netherlands, Auke Hoekstra, who claimed the figure was only 16,000 miles for a Tesla 3 compared to a Mercedes C220d.

However, he reckoned the Mercedes emits 217 g/km of CO2, which equates to 34.5 mpg. Apart from driving along an Autobahn at top speed, it is hard to believe anyone gets only 34.5 mpg from a C220d.

This might all sound a bit academic, but it does relate to actual greenhouse gas emissions. Most people would agree that climate change is the most important long-term problem we face, so we need to be pretty sure that any environmental measures produce the maximum benefit, and that we don’t fall victim to the law of unintended consequences.

Currently, buyers want an EV to have a similar range to a car, even though many only need that range for perhaps 10% of their journeys. Experience has shown that there is no point telling buyers that a 120-mile range is good enough for most of their journeys.

Consumers spend a lot of money on a car, and expect it to cover all their reasonable motoring needs, not 80% of them. As smart found with the fortwo, the argument that on most days people only need two seats is squashed flat by consumers replying: “But on some days I need four.”

The argument as to which powertrain gives the lowest overall CO2 impact is extremely complex and will not be settled by PR campaigns or political speeches.

The best solution for CO2 reduction is clearly not a petrol-only car or a conventional hybrid, but it may not be a car with a 100KWH battery pack either. A 30KWH battery pack might give big advantages in terms of lifetime CO2 (less battery to manufacture, less weight to cart around), but then the question is what provides the power for the annual holiday or trip to distant relatives?

A petrol engine running as a generator at constant speed to power the battery will produce less CO2 than a petrol engine driving the wheels: it is the “transients”, as engineers call speeding up and slowing down of the engine, that waste the most fuel.

However, such a car would not be zero CO2, unless the engine were burning synthetic fuel or hydrogen (and hydrogen has to be produced via green electricity to be clean).

There are a host of possible solutions, perhaps the most radical approach being a powertrain for dump trucks developed by Williams Advanced Engineering (spun out from Williams F1). It is a fuel cell-battery hybrid, with the on-board fuel cells using clean hydrogen from a solar farm to charge the battery pack, which then drives the wheels.

It may be that, for many types of vehicle, there is no one simple answer, or rather the simple answer was petrol/diesel, but that is now off the agenda. To duplicate the convenience of oil, while minimising CO2 emissions, may require some combination of battery/fuel-burning generator/fuel cell. The exact mix will depend on the mix of driving (perhaps battery-only for a small car, and hydrogen-only for a 40-tonne truck, but a combination of battery plus either a fuel cell, or an engine burning synthetic fuel, for a large SUV).

The solution will certainly include batteries, at least for the foreseeable future. However, we really need to figure out if batteries should be combined with other solutions, and there is very little discussion of that topic by governments.

It is a difficult question, but few environmental questions are solved by ignoring them.