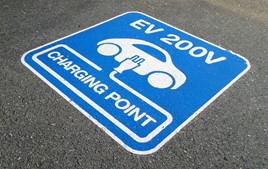 Among the issues explored in the ‘Electric Vehicle Logistics: A challenge or an opportunity?’ whitepaper published by DMN are issues related to overweight EVs on delivery company trailers, the challenges of charging and driver education.

The business was prompted to share its insight after an intense period of EV movement which resulted from a contract to deliver 150 zero emissions vans to customers across the UK.

“The initial four-week programme resulted in a combined delivery distance of more than 16,000 miles across the UK, from Perth in Scotland to Truro in Cornwall,” the whitepaper revealed.

It added: “There was a steep learning curve, not only for the driving team, but also the operations department. Route planning had added complexity in that managers not only had to ensure the driver delivered the vehicle in minimal time and without running out of charge, but also that the EVs were handed over with a minimum of 80% charge.

“Fully kitted out, the commercial vehicles had a significantly shorter range than the manufacturer’s official figures, with equipment, roof racks, and ladders combining to contribute to range anxiety for a number of drivers.

“The solution was to ensure that a robust and carefully plotted delivery plan was put in place, allowing flexibility in charge routing. It was communicated clearly to drivers, and dedicated support contacts set up should they encounter any issues en route.”

Among a series of tips for EV delivery drivers – or motorists in general – was advice on maintaining 20% of charge to retain route flexibility, education on an EVs driving modes to ensure maximum efficiency and a careful consideration of charge point usage.

DMN’s report said that its drivers had to be aware of “the crucial ‘handshake’ between charge point and vehicle when initially plugged in” and the need to follow instructions carefully.

It also warned that – while many charge points require their own charging accounts or apps – charging at a hotel might require a registration to be logged at the venues reception, while public parking areas often command a parking tariff be paid.

DMN recommends delivering EVs under their own power, rather than on a transporter.

This not only takes full advantage of their zero-emissions credentials, but also reduces the risk of overloading, as the heavy batteries can exceed some trailers’ load limits.

It also advises a re-think of driver training.

“This, combined with expanding numbers of high-power charge points and EVs on the market capable of accepting such charging loads, means that charging times can come down, closer to refuelling breaks familiar to many.

“Newer charge points and EVs can see almost 200 miles of range added in 10 to 15 minutes.”