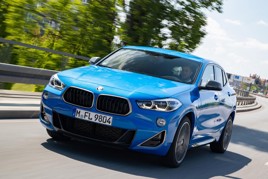 Used premium cars are attracting more buyers in the 18-24 age group than before, according to Heritage Car Insurance.

The company found than one in six young drivers had a BMW as their first car and that Gen Z is by far the generation that is most likely to have a premium-brand first car.

Andy McDonald, underwriting manager at Heritage Car Insurance, said: “Young new drivers now are favouring more prestige brands like BMW and Audi, though Ford continues to hold its own as a solid choice.

“We're seeing a growing young crowd of classic car enthusiasts too, who won't want to see those older models fall by the wayside.”

The findings are backed up by a recent report from CDK Global, which found Gen Z buyers are more likely to buy luxury cars than any other generation, with 39% saying that the vehicle they bought was a luxury model.

McDonald added: “At the moment, first-time drivers aged 18-24 vastly favour second-hand cars over new. If electric or hybrid vehicles are going to be the first cars of choice (or necessity), then there will need to be a decent second-hand supply to make this viable.”

“Plus, there is the ongoing challenge of the cost of car insurance for new or young drivers. Insuring electric vehicles is still an area insurers and brokers are adapting into, and it remains to be seen whether this will become more affordable over time.”

In late 2021, the CitNOW Group conducted a survey that provided valuable insight into how younger car buyers prefer to interact with retailers.

One notable finding was that around a third (33%) of 18 to 24-year-olds said the aspect they valued most about their recent car buying experience was the relationship they established with their sales executive.

This was significantly higher than any other age group, and ahead of test driving the car (24%) and visiting the showroom (29%).