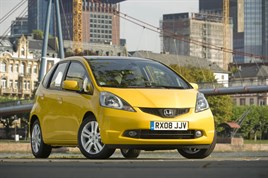 Honda has retained its status as the most reliable used car manufacturer in the UK for the ninth consecutive year, according to research by What Car? and Warranty Direct.

What Car? editor Jim Holder said: “Honda’s success in the reliability index is chiefly down to low failure rates. However, when things do go wrong, the cars are also relatively cheap to fix.

“Reliability is always one of the key attributes buyers look for when considering a used car purchase, so manufacturers that consistently demonstrate durability will always do well with the consumer.”

At the opposite end of the scale, luxury and prestige marques Bentley and Porsche are the most likely to break down.

Warranty Direct’s reliability index, analysed by What Car? experts, calculates each vehicle’s reliability using a complex formula that takes into account its failure rate, age, mileage and cost of repair.

The lower the RI number, the more trustworthy the car.

Reliability rating of all manufacturers 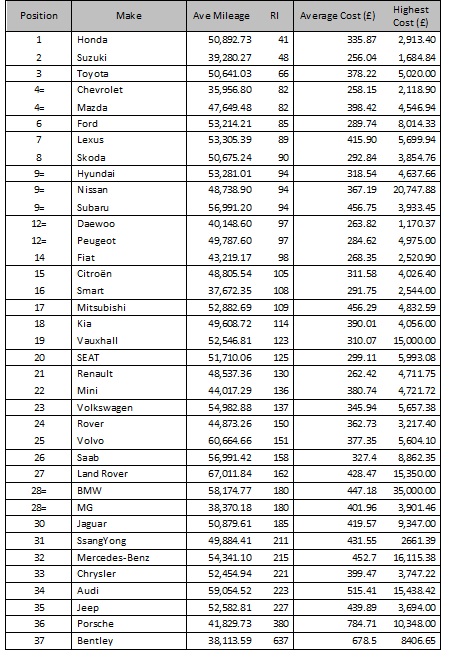 Warranty Direct managing director, David Gerrans, said: “Household budgets continue to be stretched further in the current economic climate; the last thing people need is a car that costs them money they don’t have in unwanted bills.

“It is imperative that consumers research their intended purchases thoroughly before taking the plunge. Not taking the time to look over something as easy to use as our Reliability Index could mean making the wrong choice and inadvertently landing yourself with a car that causes you nothing but hassle and a financial headache.”

Electrical faults are the most common across all cars, acting as the catalyst which sends almost a quarter (22.34%) of vehicles to the garage. Axle and suspension faults are also common, affecting 22% of cars. Air conditioning is the cause of least concern to motorists, being reported by a minimal 3% of owners.