Vauxhall Astra GTC and Lexus RX450H are the hottest cars to stock in May, says Glass's 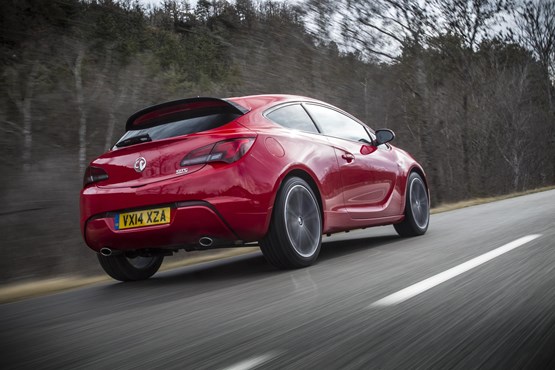 The Vauxhall Astra GTC is the current fastest used car off the forecourt in Glass's monthly Hot Five survey for May - but pre-registrations appear to be largely the cause.

The average mileage of each Astra sold is just 541, according to Glass's figures, indicating that they are being pre-registered by the manufacturer and its dealers in large numbers.

The number two slot is taken by the Lexus RX450H, showing the increasing popularity of hybrids in the 4x4 sector, while the Chevrolet Orlando is third, despite the manufacturer's decision to withdraw from the UK.

In fourth place, the Hyundai i20 illustrates how the used car buying public is starting to realise just how good this manufacturer's cars have become while, Glass’s says, perhaps the biggest surprise is the Peugeot 407 in fifth place. A good car, it is currently offering excellent value for money, said Glass’s.

Rupert Pontin, Glass's head of valuations, said: "Having the Astra GTC as the fastest selling used car is a bit of an anomaly as this reflects the pre-reg activity that is supporting the new car market at the moment. At 11 days to sale and an average mileage of just 541 there are no prizes for guessing what is happening here. There is a lot of this kind of activity going on in the market and Vauxhall is certainly not the only manufacturer doing it."

"The Lexus RX450H should not really come as a surprise as these are generally in short supply. Tried and tested hybrid technology makes this a sensible choice for what can be a costly car to run in its equivalent petrol guise."

"The Chevrolet Orlando has been a regular in the Hot Five over recent months. It retains its place thanks to the fact that it represents great value and is in short supply. The withdrawal of Chevy from the UK market appears to be having little impact on its popularity."

"The Hyundai I20 represents fantastic value for money and the retail buyer seems to be beginning to realise just how good this car is. The average profile for the cars sold is 25 months old with 16,000 miles, so many could be ex-PCP cars reaching the market."

"Finding the Peugeot 407 in fifth place is a bit of a surprise - not because they are bad cars but because that are usually found to be in oversupply. This does not seem to be the case at the moment and, at an average asking price of £3,279, they offer super value for money."

Glass's Hot Five is based on 300 models, all of which have been subject to more than 50 price observations over a four-week period. The set is then split by range, and an average is determined by the number of days that cars have been advertised on web portals.