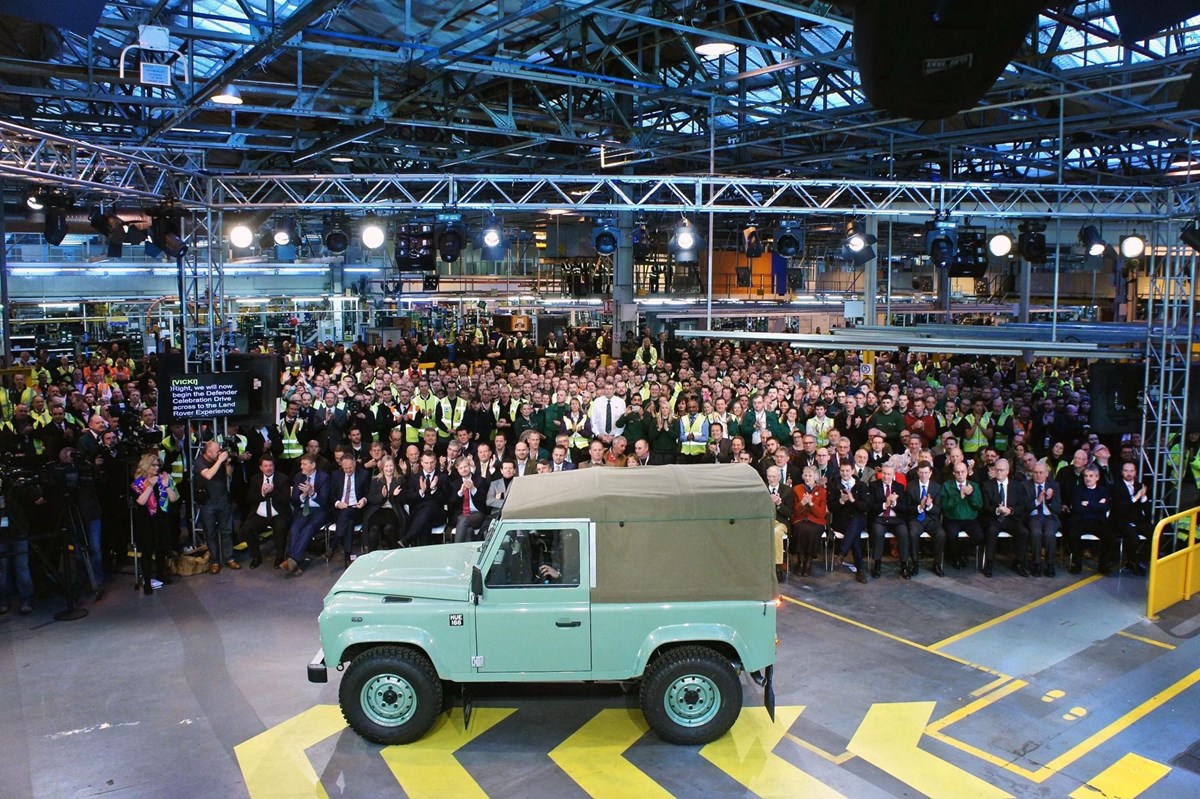 Today sees the production of the final 15 Land Rover Defenders at Jaguar Land Rover’s Solihull Plant – 67 years and over two million sales after the first rolled off the line.

But Land Rover will continue to sell renovated versions of the classic 4x4 as part of a Heritage Restoration Programme announced as 700 current and former employees gathered to celebrate the enduring icon at the factory today.

The first crop of renovated defenders will be sold by Land Rover from July.

Dealerships across the UK have been selling the iconic 4x4 since its was launched in April 1948 as a Rover-built take on the war-time Jeep, the first version being sold at the Amsterdam Motor Show for £450.

But Euro 6 emissions regulations and modern safety standards mean that time has been called on the Defender and, while a new model is said to be on the drawing board, production officially ends today.

Seventy per cent of all the Defenders ever produced are said to remain on the roads and it has remained a popular car, with 17,781 Defenders built in 2014 and the final tally for 2015 still to be determined.

Dr Ralf Speth, CEO of Jaguar Land Rover, said: “Today we celebrate what generations of men and women have done since the outline for the Land Rover was originally drawn in the sand.

“There will always be a special place in our hearts for Defender, among all our employees, but this is not the end. We have a glorious past to champion, and a wonderful future to look forward to.”